Our buddies over at Gizmodo found a “Monster Machine” that’s of particular interest to me, given that I was viciously... 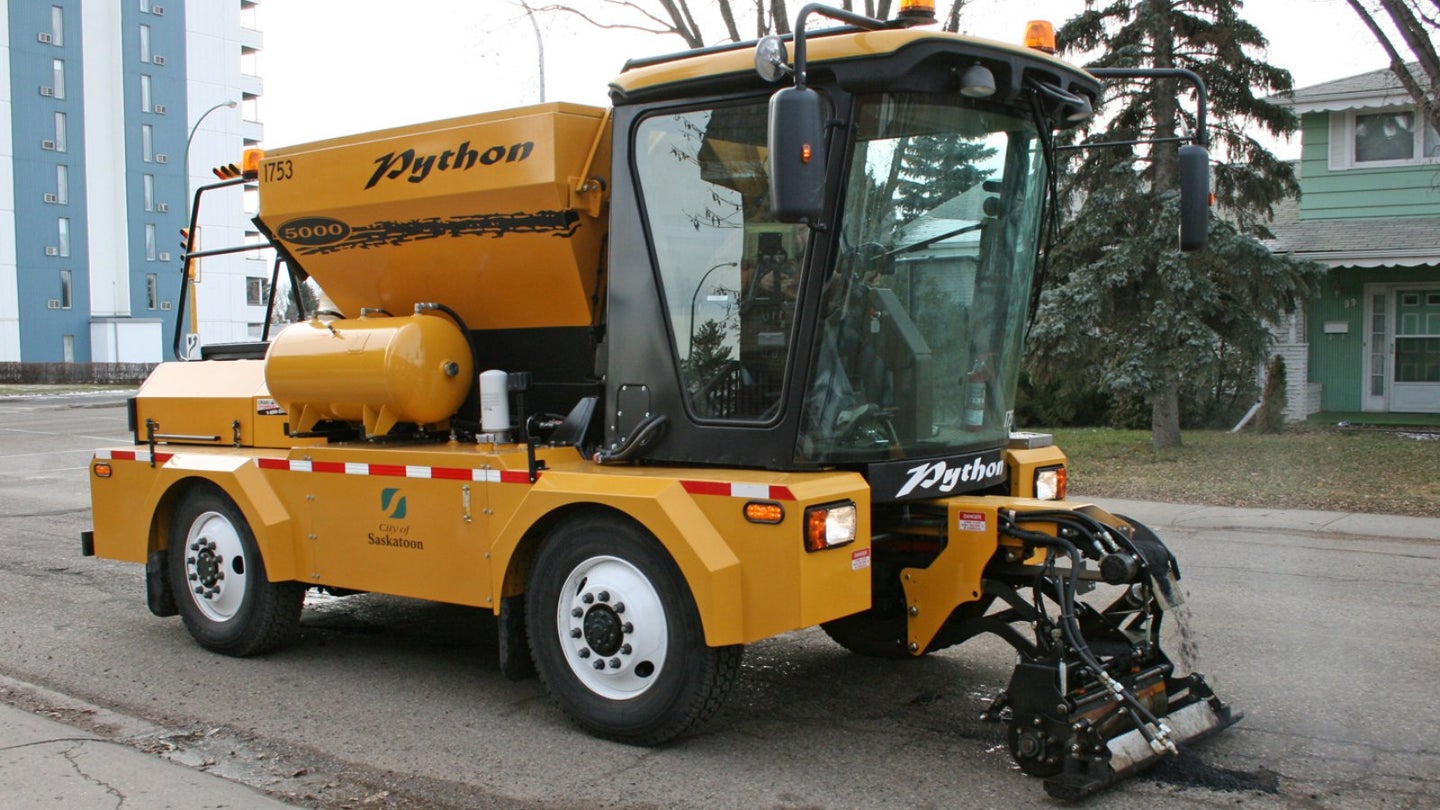 Our buddies over at Gizmodo found a “Monster Machine” that’s of particular interest to me, given that I was viciously attacked by a pothole once already this year (yes, to be fair, I started the fight by stepping into it, but it wildly overreacted by spraining my ankle). The Python 5000 takes what used to be a six-step job requiring a multiple-man team that could take hours and completes it in two minutes with a single operator. Sounds pretty simple: blast rock/water/dirt out of the pothole with a shot of air, wait for operator to spray oil (so the asphalt will bond), pour asphalt, tamp down with big scary robot arm. It’s being tested in New York City now, according to Mayor Bloomberg, and if it’s approved, could be used by many other cities across the country. Check out a video explaining how it works after the jump.