A chemical tweak could help plants bounce back from damage faster

Biologists have found a way to alter a plant’s defensive responses to promote quicker, longer growth. 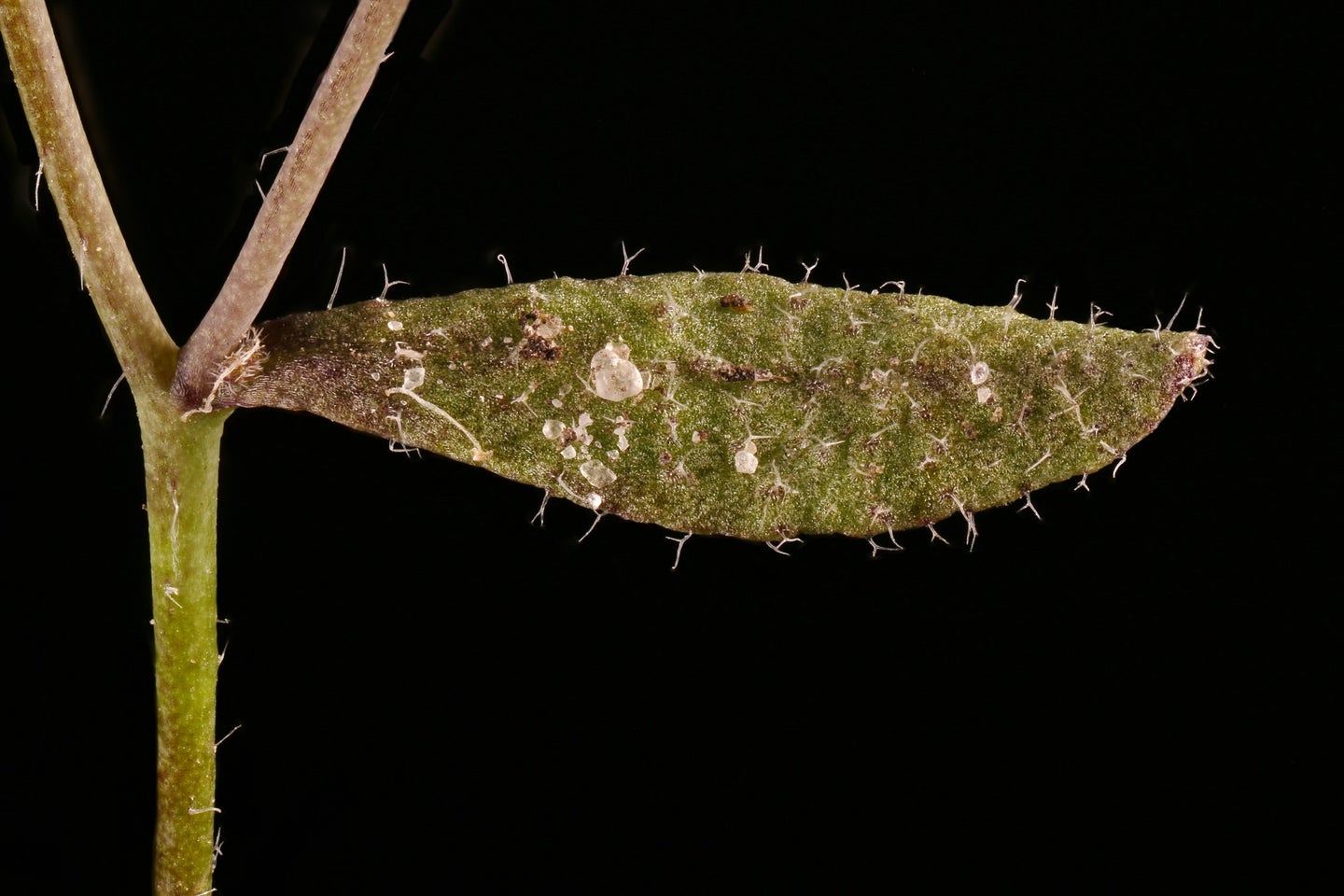 The thale cress plant, a favorite in lab experiments, was genetically edited to regenerate for longer periods. Deposit Photos
SHARE

As many amateur gardeners can attest, some plant’s abilities to regrow parts of themselves is rather astounding. Cutting off a piece of a stem and placing it in a cup of water can result in a whole new veggie. But at the microbiological level, botanists have found that in response to these cuts, plants pick between two responses: regeneration and defense. A new study published in Developmental Cell explores whether flora could be nudged toward regeneration rather than defense to help boost quick growth.

When a plant is hurt in some way, it has many ways of fixing or protecting itself using the chemicals in its body. But as the study’s authors point out, this response usually see-saws between the two. For example, an individual plant could either regrow its broken limb or guard itself by producing toxins that ward off animals.

To tease apart whether these two reactions happen in sequence or whether defense always comes before regeneration, the researchers attempted to manipulate plant biology to swing in one direction. By tampering with chemical responses, they tried to draw out the amount of time that Arabidopsis thaliana and maize would focuse on regeneration.

[Related: The bizarre botany that makes corn a fruit, a grain, and also (kind of) a vegetable]

According to Kenneth Birnbaum, a professor of biology at New York University and one of the authors of the study, the work began with a few central questions. How does a plant know it’s injured? And what early steps connect an injury toward regeneration? To tackle these queries, him team focused on the plant’s DNA itself to see how it was changing in the first few hours after sustaining injury.

By focusing on dicots, a plant variety with two stems like Arabidopsis, and monocots, which have one stem like maize, the biologists were able to provide results for the two main plant types. The researchers started with Arabidopsis, or thale cress, which is a solid regenerator and a popular lab tool for microbiologists (it was the first plant to ever have its entire genome sequenced). It also has thin, transparent, spaced-out roots that make for easier analysis, says Lieven De Veylder, a professor of plant biotechnology at the Ghent University in Belgium who was not involved with the study.

Birnbaum found that the plants’ glutamate receptor-like proteins began to ramp up their defense mechanism, almost as if they were getting ready for battle, he says. These molecules, which are analogous to the glutamate receptors found in the human brain, sense amino acids for metabolism and other purposes. They also power a plant’s defense system when it’s wounded.

The glutamate receptor-like proteins in plants work by flooding calcium into the cells, which tells the little workhorses to act quickly when their defense has been breached by pathogens like bacteria or fungi. While the researchers initially thought that calcium was signaling the cells to start regeneration, they found that the cells were actually being told to increase defense.

Birnabaum says that they previously assumed that both responses were inextricably linked to each other. But by manipulating the receptors in this study, they found that the plants can actually separate their reactions.

To test this, the authors activated the receptors through two different processes. One method involved using a genetically manipulated receptor that José Feijó at the University of Maryland has been working on. The researchers compared the injury response of ordinary plants to samples that had four of their glutamate receptor-like protein genes modified to suppress their reaction. As a result, the “quadruple mutant” plant demonstrated an increase in regeneration.

But working with genetic mutations comes with a slew of unknowns, says Birnbaum. So to confirm their findings, the team used a chemical treatment adapted from human neurobiological research to inhibit the plant receptors’ responses.

Birnbaum found that by chemically stopping the receptors from sending out calcium, they were able to reduce the defense response and increase the regeneration response for a short time. Across both Arabidopsis and maize, regeneration time doubled. The success of regeneration was measured by tests like the ability to regrow roots or a stem-cell structure called a callus.

But the biggest test was to see if the inhibition of the receptors would work on both the monocots and the dicots. “To our surprise, in a lot of ways, they worked equally well in both of the divisions,” says Birnbaum. For him, this means that the defense signaling works in the same way across plant varieties.

“It’s kind of seeing something that’s conserved between, say humans and birds,” he notes.

Theoretically, the ability to increase regeneration could be used to boost the resiliency of essential crops against climate change. Since a large percent of crops such as corn or sugar are already genetically modified, this would just be another way to alter them to make them hardier, says Birnbaum.

[Related: Is it okay to eat GMOs? Scientists say ‘yes.’]

The trouble is that some of the most important crops like maize and sorghum are comparatively pretty bad at regeneration. Boosting the amount of regeneration time for those plants would allow them to get better at it in the event that they face more damage.

De Veylder notes that there are many possible reasons, including differences in cell composition, that could make maize harder to regenerate. In a comparison to trees, he says that there are many species that can’t regenerate after sustaining wounds. If that were to change though, people would potentially reap many benefits: increased biodiversity, heftier harvests, less food insecurity, and even more efficient carbon capture.

But De Veylder also cautions against jumping the gun, especially in terms of extrapolating these findings to other types of crops. “Most people are just trying to understand the components that you need for innovation,” he says. “I think it’s still early days. People first want to have the toolbox before they go into the crops.”