In a new breakthrough, scientists from the Brookhaven National Laboratory and Dow AgroSciences have engineered a relative of cabbage to... 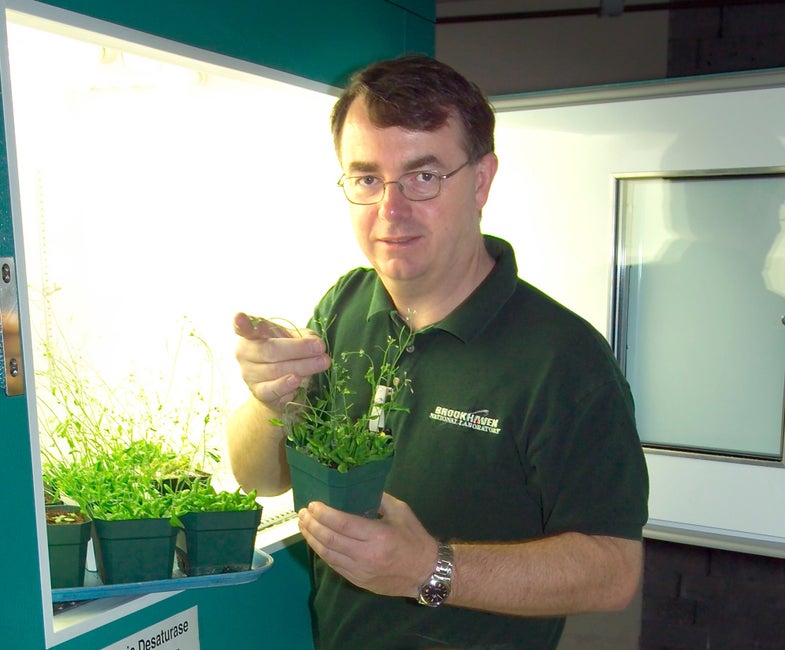 In a new breakthrough, scientists from the Brookhaven National Laboratory and Dow AgroSciences have engineered a relative of cabbage to create the raw material for producing plastics.

The plants’ seeds contain a type of fatty acid that could be used as a chemical building block for common plastics, the researchers say.

Most plastic still comes from petroleum or coal, although plant-derived bioplastics are becoming more common. Many containers are now made of polylactic acid, a polyester derived from corn starch or sugar cane byproducts, for instance. But growing plastic precursor compounds inside plants could be even better — there would be no need to tap into the food supply to make to-go cups.

Plant biologists wanted to make plants that produce unusually high levels of omega-7 fatty acids, which can be used to make compounds needed in plastic production. They experimented with genes from plants that are known to produce those acids in their seeds, including milkweed and a plant called cat’s claw vine. They worked with Arabidopsis, the most common laboratory plant, and started inserting some genes.

Ultimately, the researchers had to engineer an entirely new metabolic pathway, creating artificial enzymes and interfering with gene expression to come up with an Arabidopsis plant whose seeds contain high levels of omega-7 fatty acids.

The engineered plant seed oil could be used as a renewable source of chemicals needed to make plastics such as polyethylene, according to Brookhaven biochemist John Shanklin, who led the research.

More research and plant oil extraction technology is needed, of course. But the research, reported online in the journal Plant Physiology, proves that it’s possible to make industrially relevant quantities of the materials. It’s only a matter of time before Arabidopsis fatty acid cups show up at your neighborhood coffee shop.