Suck up some killer deals on vacuums and air purifiers from SharkNinja, BLUEAIR, and roborock now during Amazon Prime Day. 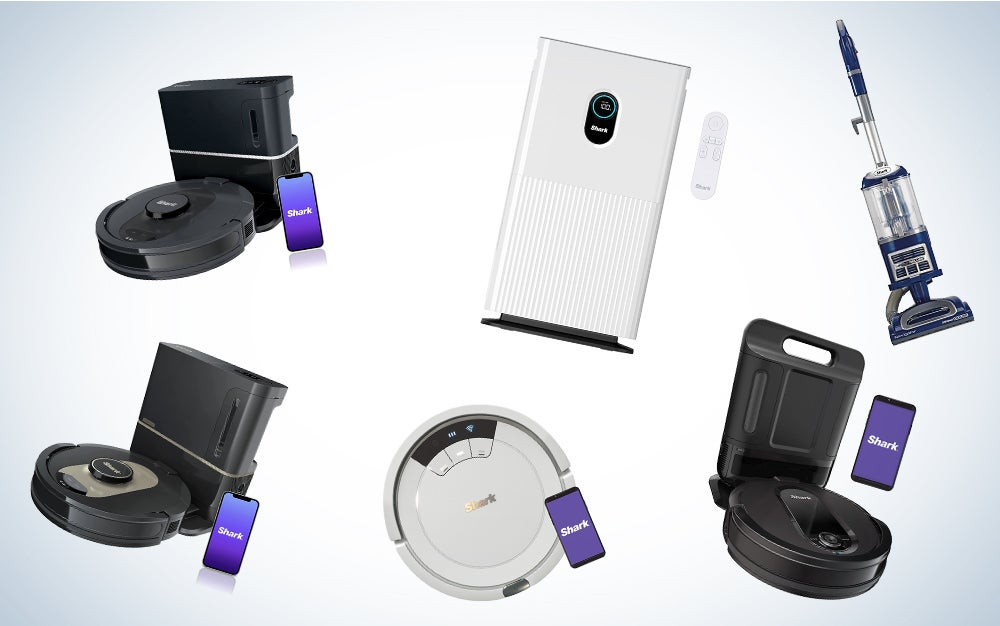 We’ve researched plenty of vacuums in the past, like ones that are best on stairs and the best cordless vacuums. Shark vacuums remain a mainstay on many of these lists thanks to their power and their price. Lucky for you—but unlucky for the dirt and debris on your floors—Shark has a variety of vacuums and air purifiers on sale for Prime Day, giving you even more bang for your buck than you usually do. We’re gonna need a bigger cart.

One of the biggest Shark vacuum deals we’ve seen is the Shark AI Robot Vacuum with HEPA Self-Empty Base, which is $299.99, down 45 percent from its $549.99 retail price.

This robot vacuum is bagless, self-emptying, and the base can hold up to 30 days of dirt. Control the robot vacuum and set cleaning schedules using the SharkClean app. The app includes precision mapping, which lets you select which areas the robot should clean and which to avoid. UltraClean mode allows you to deep-clean targeted areas like rooms or specific spots, like the pile of cereal on the kitchen floor left by Junior entertaining themselves at breakfast. Pet owners will appreciate the self-cleaning brushroll, which picks up 50 percent more pet hair compared to models without one. And, a true HEPA filter captures and traps 99.97 percent of dust and allergens.

Additionally, pick up the last remnants of debris that vacuuming might stir up with the Shark HE601 air purifier, which is $229.99—almost 50 percent off of its $549.99 list price. This air purifier features True HEPA technology and covers 1,200 square feet. Six high-speed micro fans distribute airflow across the filter, making for a faster clean air delivery rate and a quieter air purifier.

Check out the rest of the deals Shark is offering for Prime Day:

Shark isn’t the only company selling its vacuums and air purifiers at great discounts this Prime Day. Check out the BLUEAIR Pure 411 Auto, on sale for $97.99 (and down from $139.99), which can filter large rooms to 912 square feet. For less than $100, it’s a great option for those looking for a mighty air purifier at a low cost. For those looking for a robot vacuum that has mop and vacuum capabilities, check out the roborock E5 Mop Robot Vacuum, down to $199.99 from $359.99. Nothing else beats the price of this combo mop-vacuum. Those are just a few examples and we’ll dust off some more as Prime Day rolls on.

All prices are subject to change.