Watch your favorite movies and shows on a new television with this Prime Day deal. 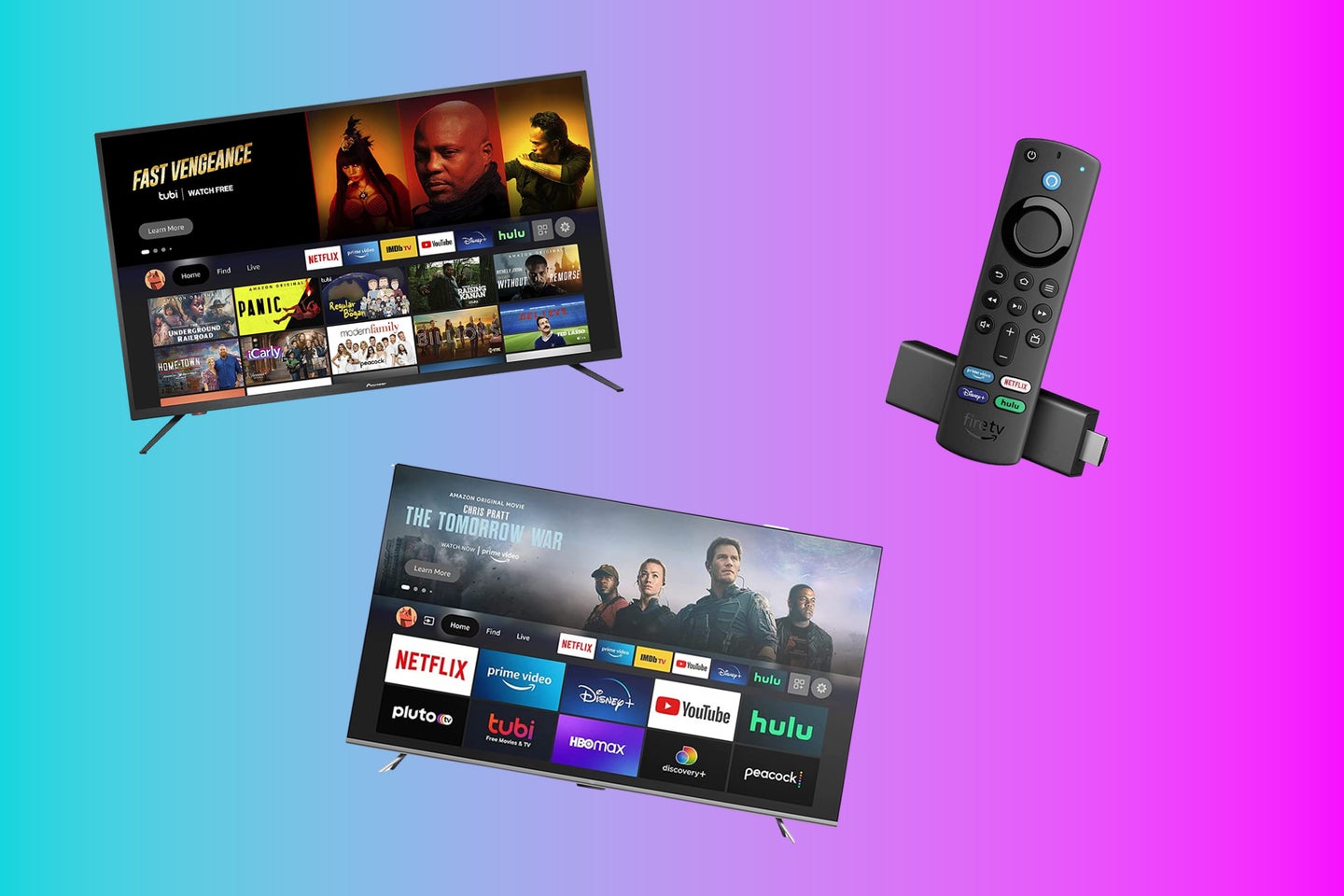 Here are the most explosive Fire TV streaming device deals:

Amazon’s largest TV is packed with features like 4K Ultra HD resolution, Dolby Vision, HDR 10, HLG, and Dolby Digital Plus compatibility, along with hands-free Alexa control. The Fire TV Omni Series can stream more than 1 million movies and TV episodes via Netflix, Prime Video, Disney+, and other popular services. It can also connect to popular gaming and music streaming services for multimedia support.

Three HDMI inputs allow you to connect to cable or satellite and video game consoles, and the HDMI eARC lets you easily integrate compatible audio equipment for enhanced sound. You can do this all securely with built-in privacy protections and controls, including a switch that electronically disconnects the microphones. Keep the microphones on and you’ll get full Alexa control, which can integrate the TV into a full-blown smart home system.

If you’re looking to add streaming and Alexa functionality to your current TV, look no further than the Fire TV Stick 4K, which includes an Alexa Voice remote. The Fire TV Stick includes support for 4K Ultra HD resolution, Dolby Vision, and HDR10+. Select titles even support Dolby Atmos home audio systems. Watch live TV, or stream from Netflix, Prime Video, Disney+, Peacock, slingTV, YouTube TV, Pluto TV, IMDb TV, and more. Entertaining guests is also easier when adding a music streaming account. Control the television using the Amazon Voice Remote, and get to your most-used apps quickly with preset buttons. Plus, you can connect other smart home devices to ask Alexa to check the weather, dim the lights, and view live camera feeds. Set-up is easy and stealthy: Plug it in behind your TV, turn on the TV, and connect to the internet to get started. For $25, this is a solid option to keep in your bag for traveling or stick in a guest room.

This television from Pioneer combines the ease of Alexa with 4K Ultra HD resolution and wallet-friendly pricing. Dolby Vision compatibility gives you vibrant colors so you can watch night scenes in Ozark without ramping up your television brightness. Use the voice remote with Alexa to make selections, launch apps, search for titles, play music, switch inputs, control compatible smart home devices, and more. DTS Virtual:X Sound creates immersive sound from your TV’s speakers so you can feel like you’re money laundering right with Jason Bateman and Laura Linney.

Here are some more Fire TV deals that will spark your interest: