Please buy this stuff to justify the day we spent online shopping at work. 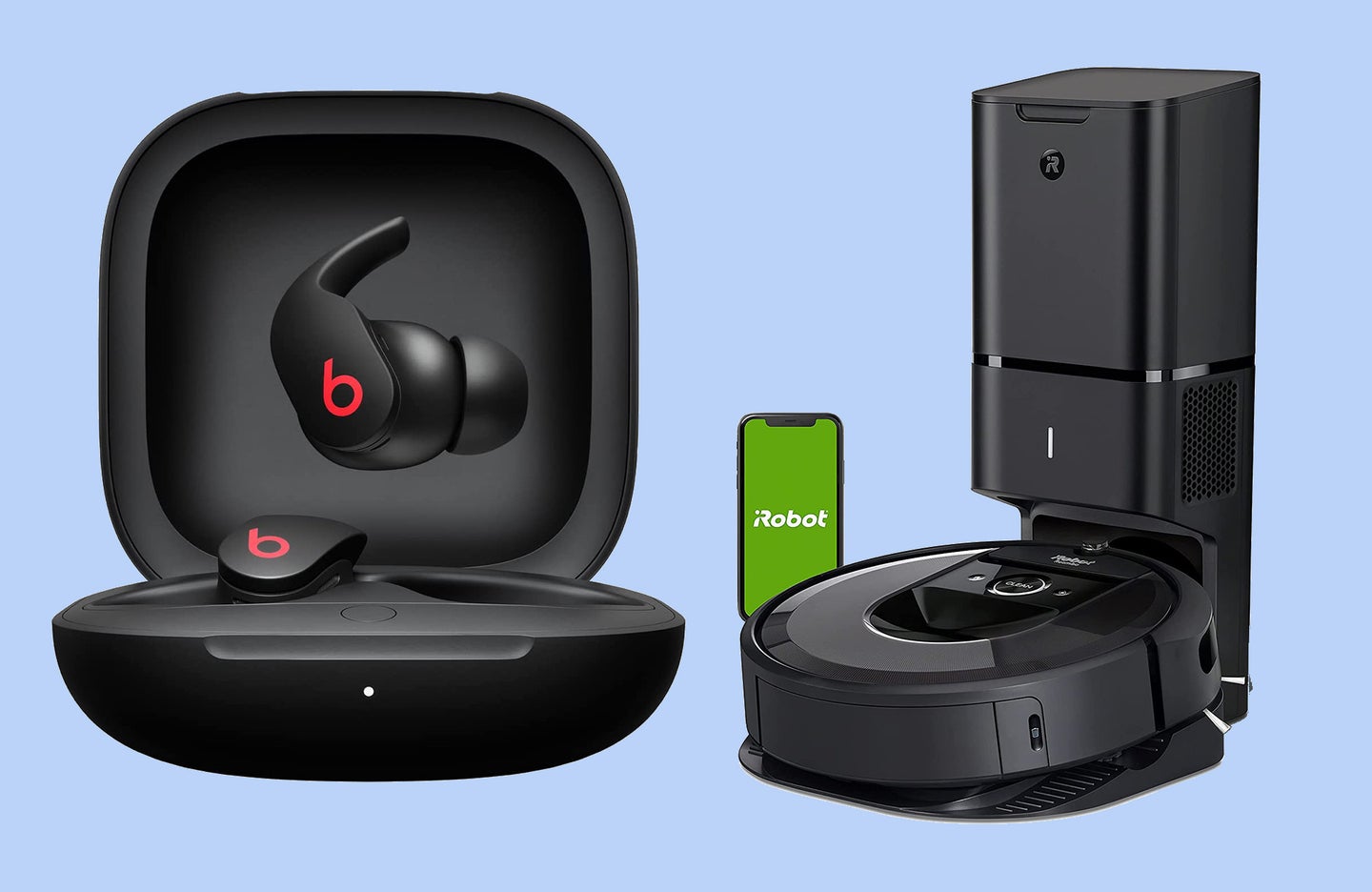 If you spent any time on the Internet today, then you’re probably aware that it’s Prime Day. This annual two-day event sees Amazon drop prices on hundreds of thousands of different items. Sometimes you get a screaming deal on a quality product you’ve wanted to buy for months. Sometimes you’re subjected to page after page of cheap garbage that you wouldn’t buy for that one annoying nephew that always complains about the lousy birthday presents you give him. We’ve spent most of the day digging through the Prime Day deals to find stuff that’s actually worth buying.

Here at PopSci, we’re against buying things just to have them. We think you should only fill your online cart with stuff that you genuinely need or really want. We’ll be updating this list through the 13th. Some of the items will have considerable discounts beyond what you typically see. Some of the items are just really good products at solid prices. Some of the items are weird stuff that I’ve managed to sneak in while the rest of the editors are “eating dinner” or “spending time with family instead of trying to trick people into buying garden gnomes on Prime Day.”

If you get to the bottom of the list and you’re still craving more deals, check out the rest of our Prime Day coverage. Just please shop responsibly. And if you’re not going to shop responsibly, just make sure to use our affiliate links. Thanks.

This super-compact drive has large enough storage and fast enough transfer speeds that you can edit photos and videos from it. It easily fits into a pocket or a bag and it will keep your computer’s internal storage from getting stuffed with media that you want to work on later.

If you’re looking for a super-smooth pen, then this is a perfect choice. It relies on a premium roller ball to lay down a meticulous trail of ink that will do justice to all the Stranger Things fan fiction you’ve been writing since the season four finale. Each pen comes with a removable cap which makes them more durable than their clicky counterparts.

This heavily discounted camera kit comes with three battery-powered outdoor cameras that can endure rain, snow, and whatever else nature has in its pocket to try and break your stuff. The kit also includes a Blink Mini camera which is meant for indoor use. Use it to keep tab on your pets while you’re away or just make your own version of Paranormal Activity that the critics will call “amateurish and unnecessary.”

For $59, the original Kindle is hard to pass up. This is the version that won’t show you ads on the homescreen when you’re not actively reading. We think that’s paying a little extra for. It has a built-in backlight and it’s basically the perfect size for tossing in a bag or reading in bed. The super-sharp e-ink screen makes reading a breeze and the Kindle is a lot more discrete than a paperback when you’re trying to read the novelization of the movie Encino Man on a train without feeling judged.

How seriously do you take your tea? This 1,500 watt kettle can quickly heat up to 1.7 liters of water and then hold it at a specific temperature for up to 30 minutes. A transparent panel reveals exactly how much water is inside and it offers six different temperature settings to match any need. This is the ticket to the classiest Cup O Noodles you’ve ever had.

Outdoor activities always prove much more fun when you don’t have a bunch of tiny, flying insect goblins incessantly trying to drink your blood. These rechargeable devices rely on a heat-based dispersion tech that actively dissuades those blood thirsty pests from coming near you. A single charge gets you up to 5.5 hours of protection and it only takes about 15 minutes for the effect to hit full-strength.

Just about every Prime Day deals list has standard stuff like robot vacuums and air fryers. But, how many have a gnome? And how many of those gnomes are holding birds? This mythical woodland creature stands just a foot tall and promises to smile and hold that bird in your garden or home for years. Then, eventually, you’ll die and your kids will say, “Why did mom and dad even have this thing?” and then throw it into the trash. The product description says it “creates the perfect ambiance for any space,” and we can’t disagree.

If you’re going to buy an Apple Watch, then the Series 7 is the way to go. It has the most recent hardware, including the OLED display, the tactile crown, and the blood oxygen meter built-in. This is the cheapest price we’ve seen on the Series 7 so far. And even if Apple announces a new model in the coming months, the Series 7 will still get years of software support before it goes obsolete.

Imagine a set of AirPods Pro, complete with noise-canceling and super-easy connectivity. Then imagine that they’re built more rugged to stand-up to the rigors of the gym. You end up with the Beats Fit Pro. I’ve been using these for most of the last year and they’re by far my favorite wireless earbuds on the market. They fit comfortably and extremely securely. They sound incredible and they even support spatial audio.

This one is a splurge. We fully admit it. GE’s countertop appliance churns out up to 25 pounds of barrel-shaped ice cubes that are soft enough to chew without punishing your teeth. This model comes with an additional side reservoir so it won’t run out of water as frequently. While it’s a big expenditure up-front, this will make drinks at home more exciting and maybe even help cut down on a takeout coffee habit. Have you ever started your day by chewing through a big glass of Mountain Dew Baja Blast? Coffee could never compete.

Most robot vacuums can’t see dog poop and that can lead to serious disasters around your home. The Roomba i7+ employs computer vision that’s specifically tuned to notice and avoid animal waste and other common obstacles like phone chargers. In addition to its smarts, you also get the powerful brush and suction required to pick up the crud from your floors. Once it’s done cleaning, it empties its own compartment into its home station where it charges before its next adventures.

That TV you bought 12 years ago on Black Friday has served you well, but it’s dying. It’s not as bright as it used to be and part of the Fortnite UI is forever burned into the screen. Upgrade to one of the best TVs on the market for a seriously awesome price. The LG C1 offers literally everything you could want including absurdly high picture quality and HDMI 2.1 ports that enable the full resolution and frame rate capabilities of modern gaming consoles. It’s a killer TV at an awesome price.

No, that price isn’t a typo. I’d forgive you for thinking so because it’s so ridiculously cheap (and I’ve probably made a bunch of other typos in this article.) Meta has said it will stop supporting its Alexa-powered video calling devices. But for now, it’s blowing them out for $35 on Prime Day. Even without Facebook support, it’s still a relatively full-featured virtual assistant display. Buy one now and save it for Secret Santa at your office because it looks like a really fancy gift.

This pro-grade treadmill offers a 10-inch screen on which runners can play interactive I-Fit workouts to help stay motivated. The interactive workouts can even raise and lower the treadmill’s speed and incline automatically so you don’t have to fiddle with buttons mid-run. Once you give up on your fitness goals, you can start your own Tik Tok channels where you put cans of different sodas on the belt and crank the speed to see which can will be the last to fall off. I’ll spend hours watching it at 2 in the morning when I should be sleeping.

If you don’t need the high-end gaming chops that come with the higher-end C1, this $1,499 TV gives you 65 glorious inches of OLED display. This is a perfect option for someone who just wants to watch TV and movies. Each pixel provides its own light source so they can turn completely off when not needed. That leads to deep, rich black levels that make the whole on-screen image pop. You think you know what shade of green Shrek is, but with this TV, you’ll know.

This beefy battery backup offers a pair of full-fledged AC outlets on the front, as well as a pair of USB-A and a USB-C port. It even has a 12v car charger port. It can send power to all of them at the same time. This is an extremely handy thing to have in an emergency, but it can also be fun. Next time someone tells you that you can’t bring a nine-foot inflatable Santa Christmas decoration to the beach, this portable generator will help you prove them wrong. It also might save your life in an emergency.

Drones that weigh more than 250 grams need registration with the FAA before they can take to the skies. Conveniently, DJI’s Mini 2 weighs just 249 grams. Despite its small size and weight, it still offers just about everything you’d want from an advanced photo and video drone. It shoots 4K footage that’s super-smooth, even when the craft is in motion. Each battery gets nearly a half-hour of flying time and this package comes with three of them as well as an advance controller and some extra propellers to replace the ones you’ll break trying to freak out your pets.