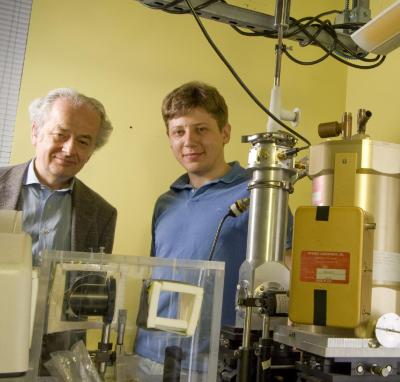 Terahertz radiation, or T-rays, can see through clothing, paper, cardboard and numerous other materials, so scientists have been touting their potential for years. A T-ray-based imager could spot concealed weapons hidden under a person’s clothes or even identify tumors without inducing any bad side effects.

Now scientists at Harvard University have developed a prototype device that moves portable terahertz scanners a little closer to reality. Previously, the radiation sources were just too big and complex. The Harvard group used commercially-available nano-technology to develop a device that works at room temperature, and doesn’t have to be cryogenically-cooled, like previous versions. “Terahertz imaging and sensing is a very promising but relatively new technology that requires compact, portable and tunable sources to achieve widespread penetration,” says one of the lead scientists, Federico Capasso. “Our devices are an important first step in this direction.”

The work is published in the latest issue of Applied Physics Letters.