A Chair for Slouching 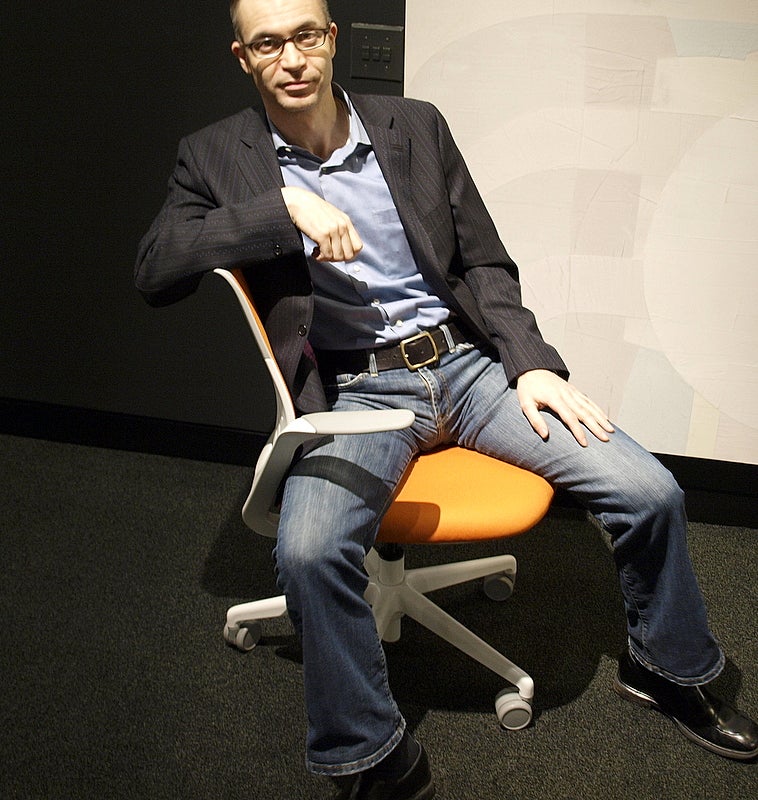 Who can sit still, especially in a meeting? The only times I don’t fidget around and change positions is when I simply fall asleep.

I guess I’m not alone, because Steelcase just developed a chair meant for the questionable posture practiced in meeting rooms. After taking a test-sit, I can say that the Cobi, coming out in February for $635, will support you just fine if you sit up with a straight back and feet on the floor. But it holds you well in just about any other position, too.

The glass-reinforced nylon back if the chair is composed of horizontal bars that Steelcase calls “fingers.” They wrap around your torso equally well if you are sitting properly or sidesaddle, as in this photo.

The Cobi is even designed to accommodate your arm hanging over the back of the chair, (which, according to their research, many people tend to do). Instead of a rigid edge, the seatback is topped with a bendy plastic reminiscent of a rubber scrapper used to squeegee batter out of a mixing bowl. The floppy back conforms to support your arm without cutting off the circulation. It worked perfectly for at least the five minutes I spent hanging loose.

Other nice features include a seat pan that provides firm support in the middle but has give on the sides in case you dangle your legs over the edge. The chair also maintains its balance no matter which way you lean. And while the only adjustable is height, Steelcase insists that people don’t bother to configure the chairs in a meeting room.

It might be tough, especially in this economy, to convince the office manager to buy new seats for occasional use in the conference room. But you’re likely to have more luck with that endeavor than the alternative—banning all meetings outright.