What To Expect At Samsung’s Galaxy S 4 Event Tonight

Here's what's in store for the biggest smartphone line in the world. 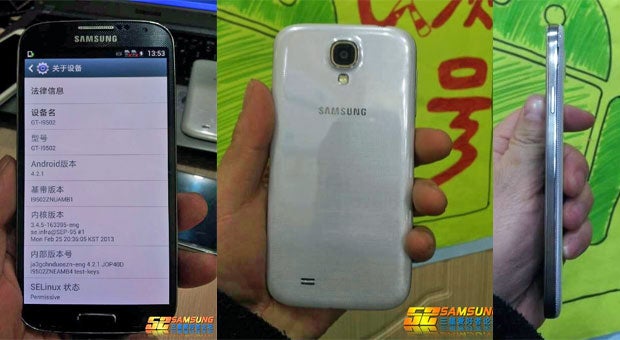 Samsung is the world’s biggest phonemaker, and the Galaxy S line is its flagship. It’s not our favorite line–we found last year’s model, the Galaxy S 3, to be overcomplicated on the software side and distinctly chintzy on the hardware side–but it sure does sell. Tonight Samsung will announce the Galaxy S 4 at Radio City Music Hall here in New York City, and we’ll be there to cover it. In the meantime, here’s what we’re expecting.

All signs, including what appears to be a substantial leak to a Chinese blog, point to the S 4 being made of plastic, just like its predecessors in the Galaxy S line. This rankles us gadget bloggers, because we hate the plastic. We praise the aluminum cases on the iPhone 5 and HTC One. We marvel at the thick, lovely-feeling polycarbonate on the Nokia Lumia 900 (yes, polycarbonate is a plastic. But it’s a better plastic.). We call the Galaxy S line cheap, and light, and plasticky, and we say it feels less than good in the hand. And Samsung sells about a billion of them anyway, because who cares what we think? Nobody. The new Galaxy S 4 will be made of plastic. White plastic and black plastic, probably.

It will be faster than the last phone.

Again, people refuse to listen to gadget bloggers, who know what is best for them, and so they have embraced giant phones while we gnash our teeth. Rumors say the Galaxy S 4 will have a 5-inch screen. That is a lot of inches. The iPhone 5 has a 4-inch screen. The Lumia 900 has a 4.5-inch screen. The HTC One has a 4.7-inch screen. The only big-selling phone that’s bigger than 5 inches is the Galaxy Note, which is big enough to serve three separate cheeses on its surface.

Rumors suggest Samsung has at least been working on a way to scroll a screen by tracking the movement of your eyes. Samsung has a strong track record of creating inventive, complicated, and not very practical ways to do things that are already easy to do. Why pinch-to-zoom when you can place two fingers on the screen and extend your arms like you’re pushing a boulder up a hill? Why flick a touchscreen downwards when you can stare at a screen until your eyes water, willing it to recognize your bloodshot eyeballs and move the page? Apparently it will also be able to pause a video when you look away from the screen. This is an elaborate long-con designed to get all Galaxy S 4 owners to look so intently at their screen that they don’t notice Samsung’s goons picking their pockets. Don’t fall for it.