Meet The Next Generation Of Smartphone-Based Robot Companions

You've already got a crazy-powerful computer in your pocket. Now put it to use in a 'bot. 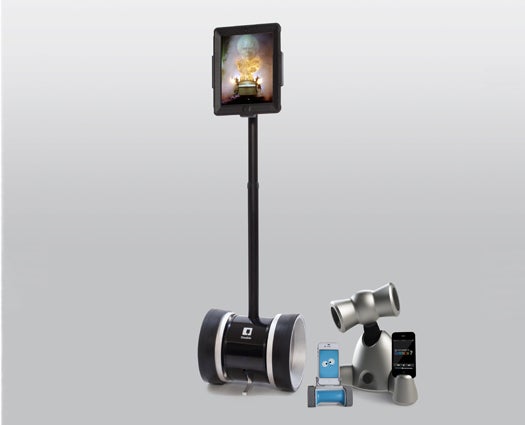 The average smartphone today has as much processing power as a 1970s supercomputer—enough (as luck would have it) to act as the hub of a streaming home-audio network, serve as a mobile medical lab, or even run a robot. So now, instead of building robots from scratch, companies can construct models around smartphones.

In the past, developing the central processing computer and software to get a robot to do even a simple task cost tens of thousands of dollars. By outsourcing brainpower, companies can cut the final price to hundreds. And since apps, not specialty code, determine how a robot acts, software developers can easily update a robot with new capabilities and behaviors. Eventually, companies may even open up their software so users can create custom robotic personalities.

1) Double Robotics Double
Double is a wheeled robot avatar that stands up to five feet tall. It holds an iPad where its head should be, while a human driver—whether across the office or across the country—uses a custom video-chat app to see what the iPad sees and steer the robot. Double has a gyroscope-balanced stand, which allows it to roll at speeds up to 1.5 mph without tipping over. $2,499

2) Romotive Romo
Romo, a robotic toy pet, interacts with its playmates autonomously. Engineers developed computer-vision software that picks out people and shapes, which the robot can track, follow, or avoid. Facial-detection software allows Romo to see people, take pictures of them, recoil if they get too close, or cry if they leave it alone for too long. $150 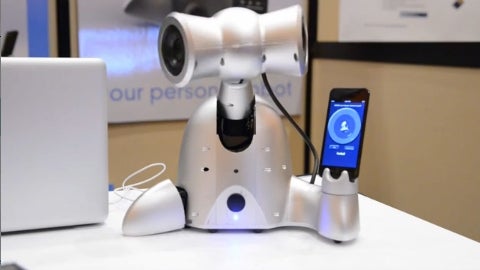 3) Tovbot Shimi
The Shimi speaker dock is a personal DJ and dance partner. Speech recognition in Shimi’s app lets the robot respond to requests for specific artists or genres—even cue up tunes that match the user’s mood. The app also registers the tempo of the music, so it can send commands to Shimi to tap its free foot and bob its head to the beat. $199 (available summer)