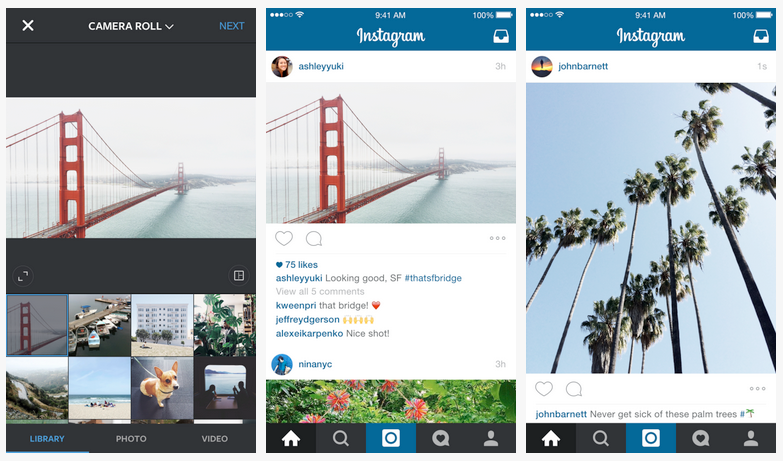 Since the app’s inception, Instagram has defaulted to—and only allowed—”square” (3:2) photographs in its app. Much like its filters, the default aspect ratio was meant to mimic Polaroids of yesteryear. Now, the picture sharing service is finally letting its users upload images that don’t adhere to the odd format.

Taking photos within the app will continue to default to square-shaped pictures, but photos imported from other apps will preserve their look. Instead of the letterbox view, the Instagram photo feed will adjust in size accordingly.

“It turns out that nearly one in five photos or videos people post aren’t in the square format,” said Instagram in a statement. “Now, when choosing a photo or video, you can tap the format icon to adjust the orientation to portrait or landscape instead of square.”

The move makes sense for the mobile-first app. With newer photo apps like Snapchat fully embracing portrait mode and VSCO’s support of exporting to various sizes, it’s clear that there isn’t one aspect ratio to rule them all. Even Youtube has given up the fight against vertical video. With increased competition in the photo space, it’s clear the Facebook-owned photo company isn’t afraid to take risks. While Instagram didn’t alter anything drastic like remove filters, the square has been an important identifier in photos belonging to the service. But the company ditching this core part of the Instagram experience achieves something even greater: convenience for its users.