Would such a real-time satellite imaging service even be possible? 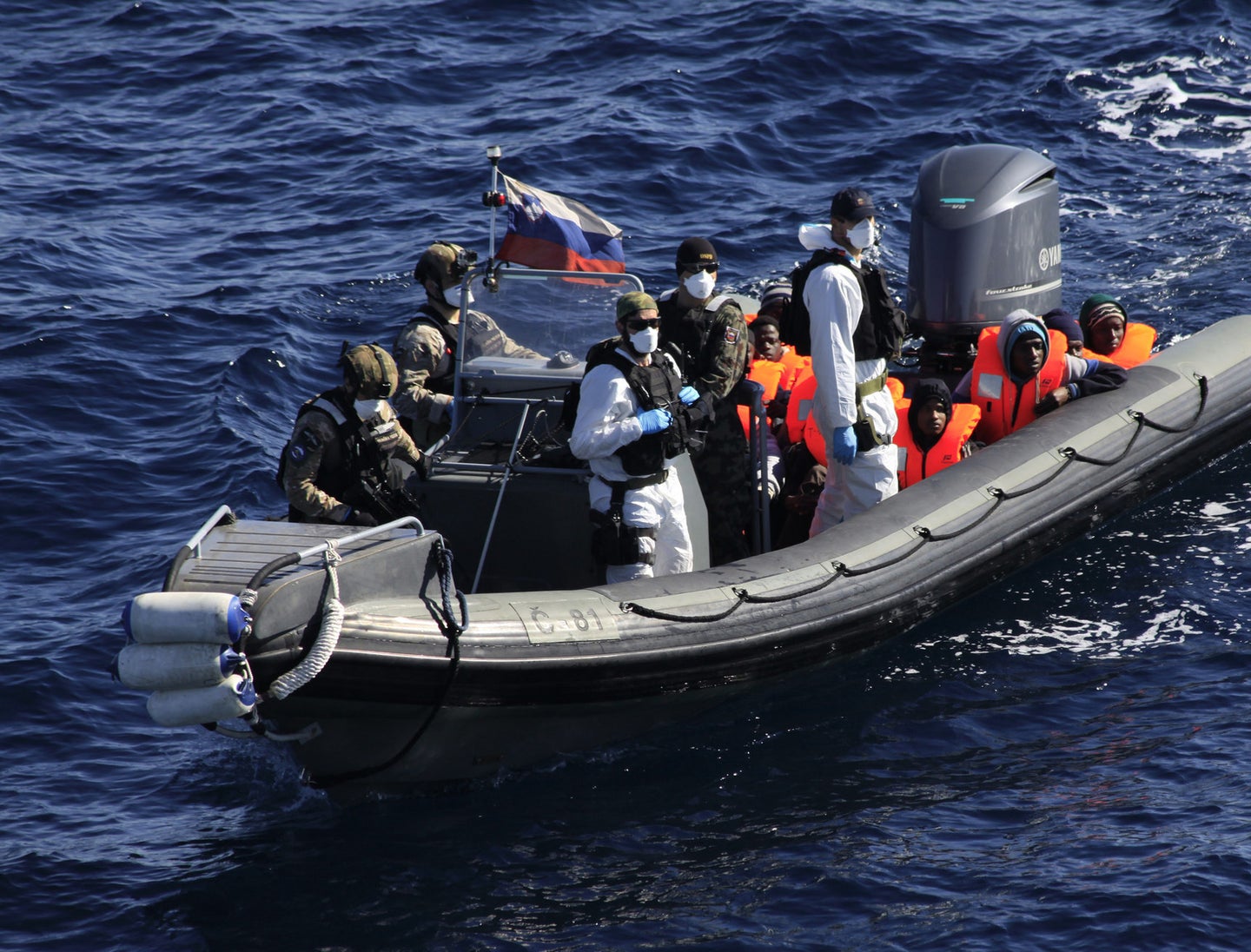 An app called I SEA made a splash last week when it purported to give anyone, anywhere the power to save Mediterranean migrants. With just a smartphone, a few spare minutes, and a sharp eye, users of I SEA could help spot migrant-laden vessels in distress and alert authorities. Numerous publications including Reuters, Wired, Fast Company, and Newsweek published positive coverage.

According to the website, the app works like this: the entire Mediterranean Sea is divided into a grid of millions of small, square plots, and each user is assigned a single plot on the grid. From a smartphone (during their lunch break perhaps) they can monitor their assigned plot for signs of migrants in distress. If they see something that resembles a migrant-filled vessel, they simply tag it and enter a description of what they see (in the demo the user types, “possibly a dinghy”). Then a report, including the GPS coordinates of the vessel is sent to the Migrant Offshore Aid Station (MOAS), an organization that has saved thousands of migrants since it began work in 2014. With the data from I SEA, MOAS can, in theory, launch a rescue mission.

But over the weekend, a number of people questioned whether the app actually did — or could do — what it claimed. Twitter user SecuriTay posted this:

At the Daily Dot, Patrick Howell O’Neill reported that:

The app doesn’t work. Some have speculated that it’s just a ploy to win a Cannes Lion award, for which I SEA earned a spot on a shortlist.

Tomnod, a project of the geospatial imaging company DigitalGlobe, allows users to scan satellite maps and tag “objects of interest” around the world. The website has used crowdsourcing to assist with numerous global disasters including the 2015 earthquake in Nepal, a South African wildfire, and even the search for Malaysia Airlines Flight 370. Last year, DigitalGlobe used its powerful satellite imaging to help the AP track down slave ships off the coast of Papua New Guinea.

But Leopold Romeijn, president of Satellite Imaging Corporation, is skeptical that a non-profit or ad agency could pull off such a project. The first major hurdle, he says, is the cost. While there are satellites that provide imaging for free for educational purposes, those don’t provide the pixel resolution necessary to identify a migrant boat in the middle of the Mediterranean Sea. For that, you need the high-resolution images provided by private satellite imaging companies like DigitalGlobe. And that will cost a lot.

To provide images of 1 percent of the total area of the Mediterranean would run over $1 million. And that’s just for one set of still photos. If the app were to provide up-to-date imaging, as it claims, the images would need to be refreshed regularly, at $1 million each time. And that cost is for unprocessed data, Romeijn says. Processing will cost more, as will the licensing fees required to make those images available to the public.

Even if cost were not an issue, Romeijn says, “Keep in mind that all high-resolution satellite sensors will come over local time around noon. That’s it,” he says. “And then it might come back over two days later.” So the idea that I SEA would be able to provide near-real-time imaging seems impossible. And what good is that app if by the time a user tags a supposed migrant boat, it has already had a day or more to move to a different location.

“You have to look at the reality of this task,” he says. “You can’t go into a dream world, because it’s not going to work.”

Yesterday iTunes dropped I SEA from the app store, and today MOAS released the following statement:

Despite the controversy, this morning I SEA was a awarded a Bronze Lion award in the Promo & Activation category at the Cannes Lions International Festival of Creativity.