This Small, Flexible Patch Will Monitor Your Sweat

The patch would send data to your smartphone via Bluetooth 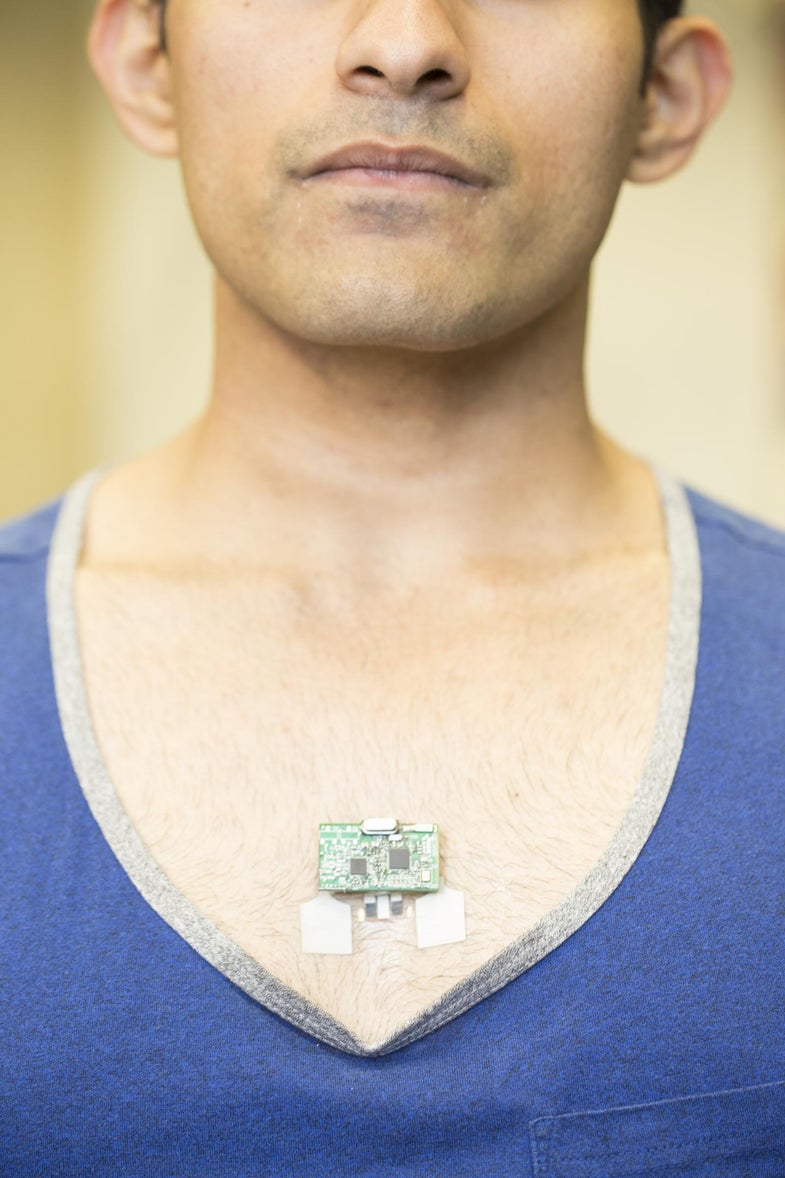 There’s lots of wearable fitness tech out there, but why bother with clunky watches and wires if you could just stick a small patch to your chest? It would probably look way cooler.

Scientists at the University of California, San Diego have created a small patch that sticks right onto the sternum and broadcasts fitness data wirelessly to a laptop or smartphone. They describe their invention today in the journal Nature Communications.

The ultimate goal is to create a tricorder-like device, the portable sensor from the Star Trek universe that scan and analyze body data, said scientist Patrick Mercier in a press release. The so-called Chem-Phys device brings them one step closer to that goal.

While the authors note that there are plenty of other devices around today to measure fitness information like heart rate or amount of oxygen in the blood, the Chem-Phys is one of the first times that both heart rate and sweat chemistry information can be measured simultaneously and noninvasively. Past studies have shown that more of the chemical lactate in the sweat means a more intense workout.

The patch consists of three thin sensors on a roughly two inch wide polyester sheet — one for measuring sweat lactate and two on either side for measuring heart rate. The sensors are then wired to a tiny Bluetooth chip, powered by a lithium ion battery, which broadcasts the data to a computer.

The scientists stuck one patch each on the sweaty chests of three guys on stationary bikes and compared the measurements recorded by the Chem-Phys to traditional heart rate measurements to make sure the data was accurate, which it was. The study was partially funded by Samsung, though it’s unclear if any Samsung tech was used in the device.

You can’t buy the patch yet. As the study notes, this is only an “important first step” in wearable sensors that can detect both heart rate and biochemical information. However, the authors see a future for the device in sports medicine. Or maybe they’ll use one in the next Star Trek series.