Everything Is Bigger In Texas, Including The Floods

As the planet heats up, Houston can expect more severe rainfall 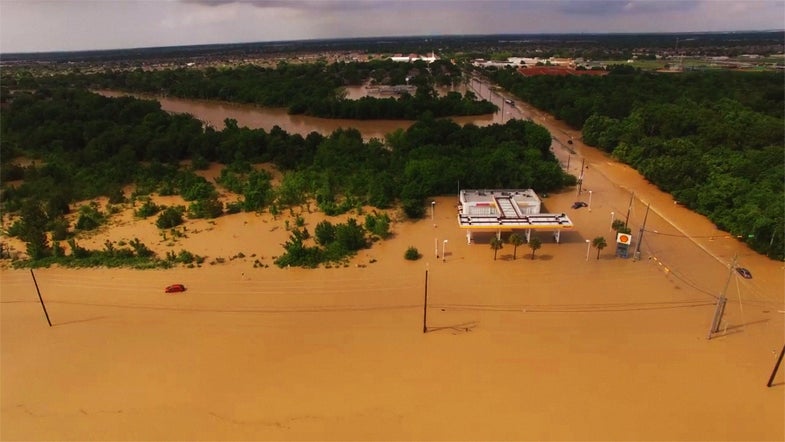 As meteorologists look to the latest heat wave scorching the Southwest, Houston’s history-making floods from this spring have all but dropped from the news cycle. And yet, parts of the city are still reeling from the deluge.

America’s fourth-largest city suffered through a downpour of biblical proportions—storms delivered more rain in a single day than any hurricane in the history of the city. Floods stole dozens of lives and incurred billions in damages.

Scientists have drawn a link between rising temperatures and increased precipitation. A warmer atmosphere can hold more water vapor and deliver heavier downpours. As the planet heats up, Houston can expect more severe rainfall.

Jeremy Deaton writes about climate and energy for Nexus Media. Mariya Pylayev is a video journalist at Nexus Media.