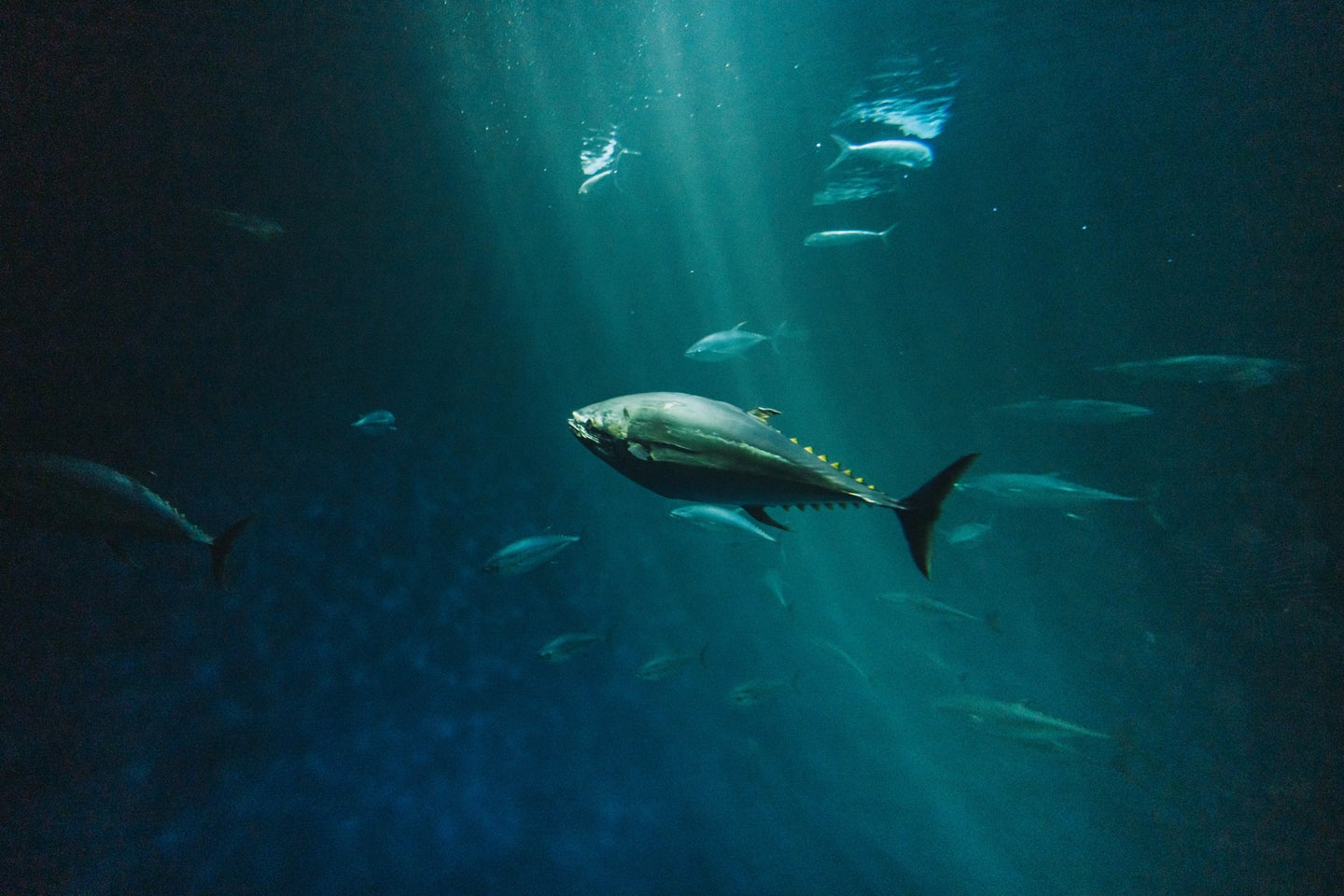 Smaller loops of water make feeding possible for the predators of the deep. Pexels/Isaac Mijangos
SHARE

One of the last places you want to be hungry out on the open ocean is the North Pacific Subtropical Gyre. Being home to the Great Pacific Garbage Patch is just one factor. A gyre is a large system of rotating currents ocean currents. There are five of major ocean gyres, where the ocean churns up eddies (smaller and more temporary loops of swirling water), whirlpools, and deep ocean currents. Even without trash islands, gyres are typically nutrient poor (ie not a lot of snacks), yet help sustain some of the ocean’s top predator fish.

The reason may lie in some of the gyre’s eddies. A study published yesterday in the journal Nature finds that marine predators (tunas, billfishes, and sharks, for example) get together in rotating ocean eddies that spin clockwise and are anticyclonic, or rotating around the center of a high pressure in the reverse direction of a cyclone. The study suggests that the predators are moving with these temporary loops of water as they travel throughout the open ocean and foraging on the biomass (or life) that is within the eddies.

The team from WHOI and the University of Washington Applied Physics Laboratory (UW APL) focused on more than two decades of commercial fishery and satellite data from the North Pacific Subtropical Gyre, as well as an mix of predators from varying ocean depths, regions, and physiologies (both cold and warm-blooded animals). They investigated predator catch patterns within and around the eddies, concluding that the swirling loops of ocean water influence the ecosystems of the open ocean at all levels of the food chain.

The data suggests a fundamental relationship between opportunities for predators for forage and the underlying physics of the ocean.

“The idea that these eddies contain more food means they’re serving as mobile hotspots in the ocean desert that predators encounter, target and stay in to feed,” added Arostegui.

[Related: “With new tags, researchers can track sharks into the inky depths of the ocean’s Twilight Zone.”]

Understanding how eddies influence the dining behavior of open ocean predators in these food-scarce areas of the deep ocean can better inform species, fisheries, and ecosystem management. It can also help policymakers regulate harvesting and fishing for deep ocean plants and animals without negatively affecting dependent predators or the ocean’s ability to store carbon and regulate the climate.

“The ocean benefits predators, which then benefit humans as a food source,” said Arostegui. “Harvesting the food that our food eats, is something we need to understand in order to ensure the methods are sustainable for both the prey and the predators that rely on them. That is critical to ensuring both ocean health and human wellbeing as we continue to rely on these animals for food.”