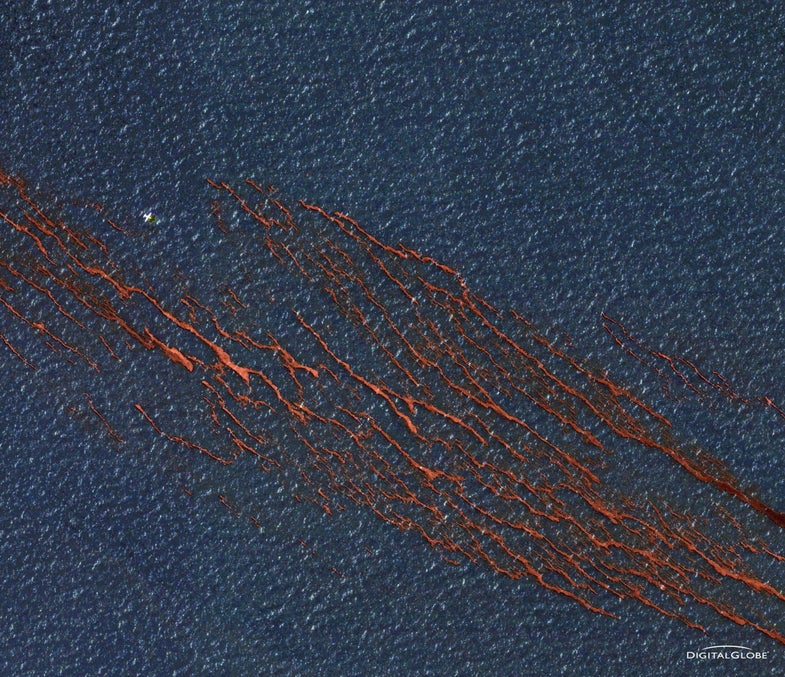 The massive oil spill from a BP offshore drilling rig threatens marine ecosystems and fisheries as it makes its way to the shoreline. Here’s how it looks from above.

The Macondo well is spilling 5,000 barrels of oil per day into the gulf, about five times more than well owner British Petroleum initially reported. Efforts to stem the leak using controlled burning and even undersea robots have been unsuccessful so far.