A new kind of energy-efficient light bulb may provide an alternative to existing compact fluorescent (CFL) and Light Emitting Diode... 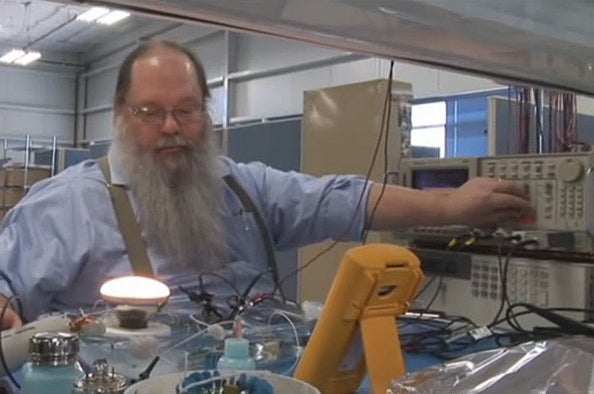 The ESL bulbs generate light by firing electrons to stimulate phosphor, and the whole setup is encased in normal light-bulb glass. The bulbs are estimated to last up to 6,000 hours, which is comparable to CFLs, and three to four times as long as incandescent bulbs.

Unlike CFLs, they do not contain mercury, which is a potent neurotoxin, and can be disposed of as regular trash. Burned-out CFLs need to be disposed of with hazardous waste or returned for recycling.

LEDs are still the most efficient bulbs, lasting 40,000 to 50,000 hours per bulb, but they are a lot more expensive. For example, Panasonic’s new Everleds LED light is likely to retail for around $40 per bulb, or twice as much as the expected cost of the new ESL bulbs.

According to Vu1, another advantage of the ESL bulbs is that, unlike CFL and LED bulbs, they produce light that is nearly identical to incandescents, as seen in the infomercial below. The company also says that the new bulbs have a smaller carbon footprint over their lifecycle than CFL or LED bulbs.

The company plans to begin production by the end of the year, and hopes to market the bulbs by the middle of next year.