The Race For The Next Big Thing In Green Illumination

In October, manufacturing 100-watt incandescent lightbulbs will become illegal under the U.S. Energy Independence and Security Act. As part of... 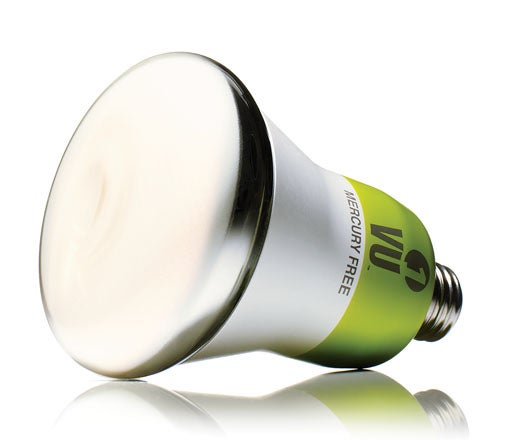 In October, manufacturing 100-watt incandescent lightbulbs will become illegal under the U.S. Energy Independence and Security Act. As part of the same legislation, 60- and 40-watt ones will be banned by 2014. Compact fluorescents (CFLs) are the simplest-to-make replacement but contain the neurotoxin mercury, have a bluish hue, and don’t illuminate instantly. The regulations are prompting lighting companies to develop new, environmentally friendly ways to produce light that have none of CFLs’ downsides.

The Electron Stimulated Luminescence (ESL) bulb, pictured top, produces the soft light of an incandescent but is far more efficient. The bulb shoots a beam of electrons through a vacuum toward the glass’s phosphorescent coating, similar to how old cathode-tube-based TVs work. The first ESL bulb, an R30-shape for recessed ceiling fixtures, uses just 19 watts to produce the same amount of light as a 65-watt incandescent. Bulbs appropriate for household lamps will come out later this year. Vul R30 ESL $15 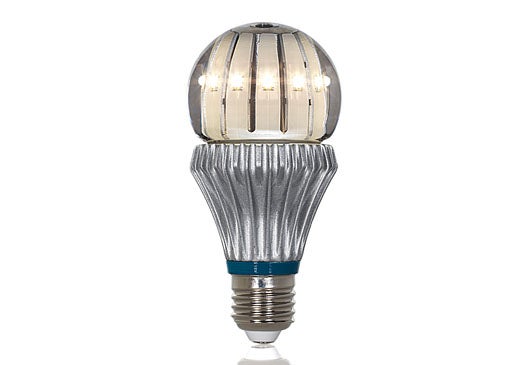 LED bulbs are 75 percent more efficient than incandescents but can short out if they get too hot. Fried circuits are common if the bulb is installed threads-up, because rising heat overwhelms its heat sink. The company Switch uses a food-grade liquid to cool its LED bulbs, allowing them to work in any orientation. In the bulb, the liquid pulls heat away from the LEDs and causes it to dissipate through the glass. The resulting bulb cools 40 percent better than other LEDs. The placement of the LEDs gives an incandescent-like, omnidirectional glow. Switch Switch75 $25 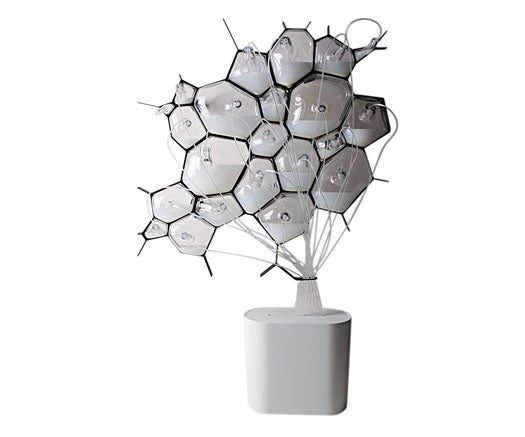 The greenest lighting would use no electricity at all. The Bio-Light concept from Philips Design could generate a negative carbon footprint by turning waste into light. Glass containers of bioluminescent bacteria suspended in liquid would be connected with tubes to an anaerobic digester that processes household waste. As the organisms ate the sludge or methane gas from the digester, they would softly glow. The bacteria could be genetically engineered to shine in various hues and to start producing light when they sensed that it was dark out.