Sea levels will rise less than predicted; but the health problems caused by global warming will be worse 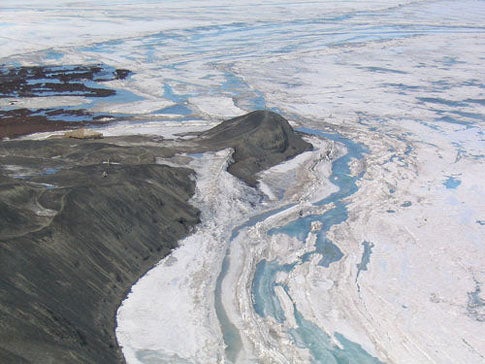 This is going to be a different kind of global warming post, because there’s actually some good news to go along with the bad news. Well, not GOOD, but better than previously expected. Unfortunately, the bad news is just as bad as always.

The “good” news first. A new study in the journal Science claims that sea levels won’t rise as much as expected if the western ice sheet of Antarctica melts. Rather than rising 20 feet when the ice melts, the new study says the sea will only rise 10 feet.

Sadly, 10 is still a lot, a sentiment captured perfectly in the headline to the Reuters story about the paper. The New York Times also tackles the topic, noting that reactions to the paper from climate scientists have been mixed.

Now the bad news. The medical journal The Lancet just released a report (PDF link), in conjunction with University College London, on the possible health effects of global warming. The report says, “climate change is the biggest global health threat of the 21st century. Effects of climate change on health will affect most populations in the next decades and put the lives and wellbeing of billions of people at increased risk.” Biggest health threat of the 21st century? Suck it, obesity epidemic!

The Lancet has an associated podcast, while the BBC has an interview with the lead author.

Isn’t it nice to spend one day not having to worry about swine flu?