The Shadow of Redoubt

Alaskans jittery as they wait to see what volcano will unleash 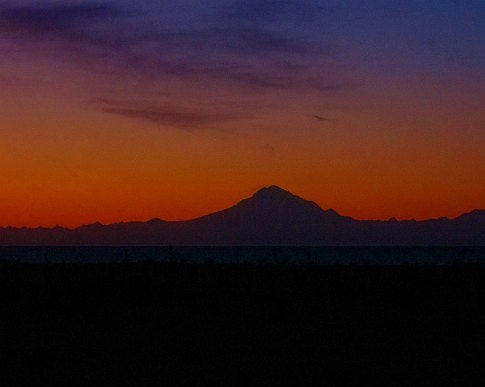 Life for people living in the shadow of a stratovolcano would be much simpler if eruptions were easily predicted. Earthquakes and steam-venting often signal an impending eruption, but the activity may go on for weeks or months before the eruption actually happens. The May 18, 1980, eruption of Mount St. Helens in southern Washington’s Cascade Range was preceded by almost two months of seismic activity and steam-venting. Many residents had begun to think the agencies issuing the warnings were “crying wolf,” and refused to leave homes located in the flow paths. Many others were in the scenic area hiking and camping.

But the mountain did blow — and it blew with a vengeance, spawning pyroclastic flows that traveled at 50 to 80 miles per hour and sending about 520 million tons of ash eastward across the United States.

The lengthy time span between pre-eruptive activity and the actual eruption can put area residents on edge, as they prepare…and wait. And waiting is exactly what Alaskans living near Redoubt Volcano in the Aleutian Range are doing now. On January 30, 2009, volcanic earthquakes and new steam vents on Redoubt prompted scientists at the Alaska Volcanoes Observatory (AVO) to warn that an eruption is imminent.

Unlike the shield volcanoes of Hawaii, which are characterized by non-violent eruptions of slow-moving lava, stratovolcanoes exhibit sudden explosive eruptions that send debris flows, lahars (mudflows), and hot ash traveling considerable distances from the volcano. Redoubt last erupted on December 15, 1989, and it continued to do so for five months. A volcanic ash cloud from the eruption caused all four engines on a KLM commercial airliner to die. The jet fell almost three vertical miles before two of the engines restarted and the pilots were able to land safely in Anchorage.

During the past week, activity at Redoubt has fluctuated, but then on February 5 a burst of intense seismic tremor occurred, lasting about four minutes. The back-and-forth acceleration and then calming down of activity over the past week is reminiscent of Redoubt’s 1989 eruption, and scientists believe an eruption similar to that one is the most likely scenario. Although whether that will happen tomorrow or two months from now is anyone’s guess.

Willing to bet on whether Mt. Redoubt will erupt before April 1st, 2009? Put your Pop$ where your mouth is on the PopSci Predictions Exchange! 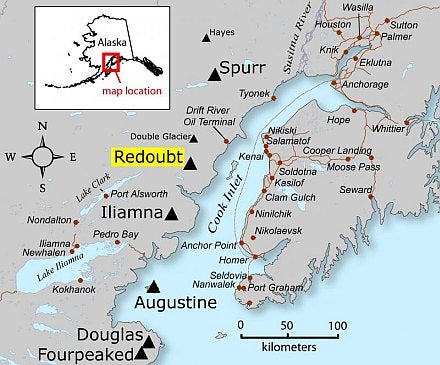 This image shows Redoubt Volcano’s location in relation to the region’s towns, roads, and other volcanoes. 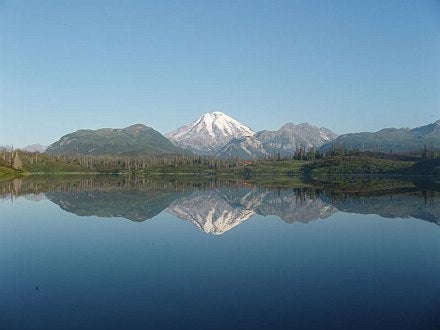 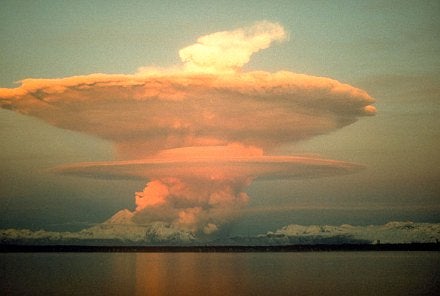 An eruption cloud ascends from Redoubt Volcano and reflects in the waters of the Cook Inlet, as viewed to the west from the Kenai Peninsula. 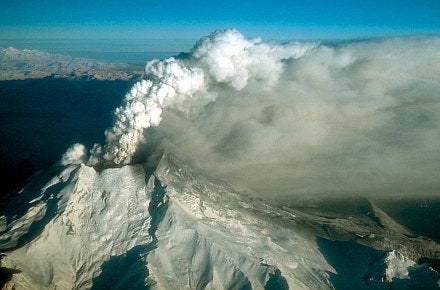 Redoubt Volcano erupted on December 15, 1989, and continued to erupt for over five months

This aerial view shows the volcano during a continuous low-level eruption of steam and ash on December 18, 1989. 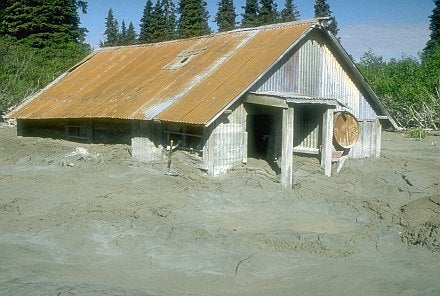 One of the most deadly hazards of stratovolcanoes such as Redoubt

Lahars are fast-moving mudflows made of rock fragments and water. Lahars from the 1989 to 1990 eruptions of Redoubt Volcano inundated this structure near the mouth of Drift River, about 22 miles from the volcano. 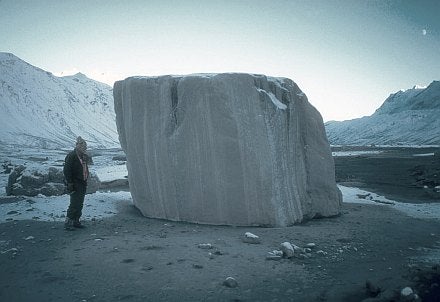 This photo was taken during the 1989 to 1990 eruptions of Redoubt Volcano. 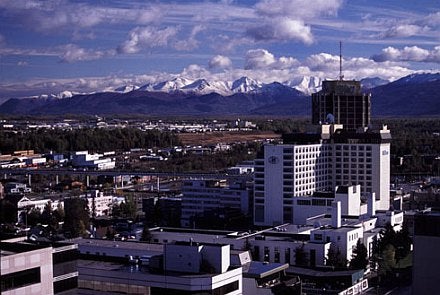 The 1989-1990 eruption of Redoubt Volcano rained ash on the Kenai Peninsula and the city of Anchorage (shown in this image), and also caused severe disruptions to air traffic operations out of Anchorage, located about 100 miles northeast of the volcano. 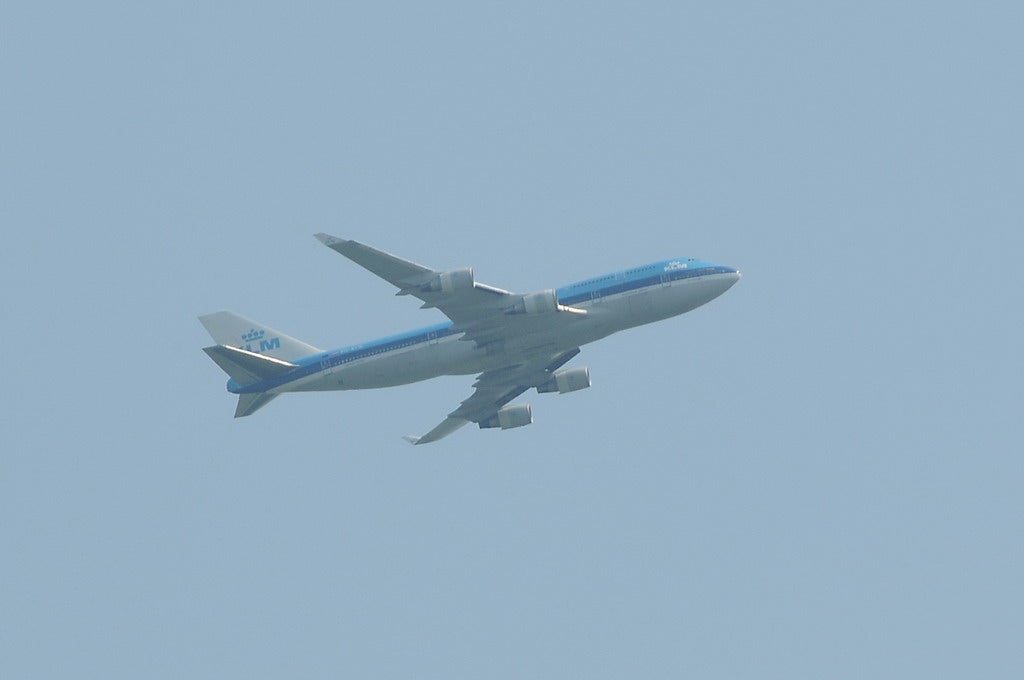 On December 15, 1989, the flight from Amsterdam was enveloped in a cloud of volcanic ash, causing all four engines to fail. After escaping the cloud, the pilot was able to restart the engines, and the plane (a 747 like the one pictured) is still in KLM’s fleet, following over $80 million in repairs. 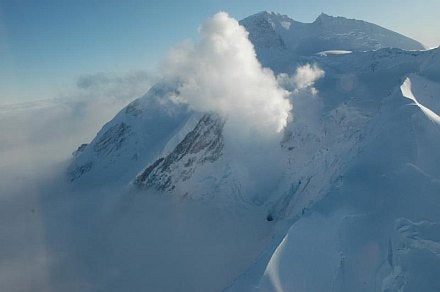 Between January 28 and January 30, 2009, a large fumarole developed on the north flank of the volcano. This image, taken during an observation flight, shows gas and steam coming from one of the active fumaroles. 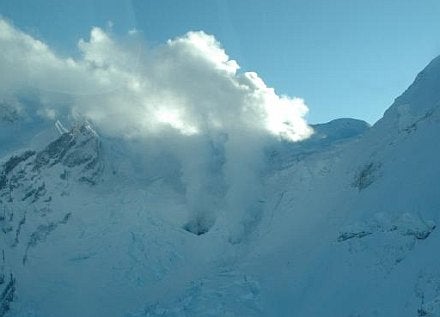 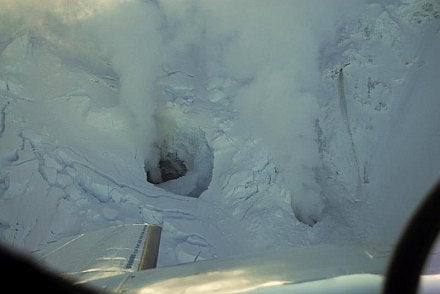 These fumaroles located below the 1989-90 lava dome were the most vigorously steaming fumaroles observed on January 31, 2009.
Environment
natural disasters
volcanoes