Two high-profile geothermal projects in the U.S. and Europe were both permanently halted late last week, after federal officials in... 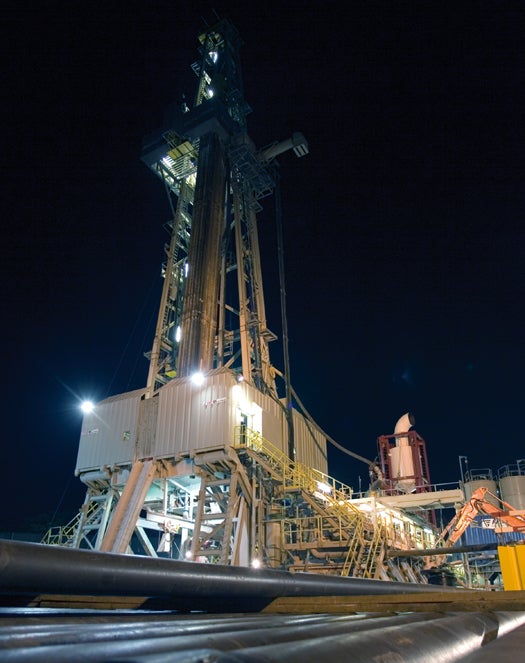 Two high-profile geothermal projects in the U.S. and Europe were both permanently halted late last week, after federal officials in both countries questioned their safety and propensity to cause earthquakes. Projects in Basel, Switzerland, and in northern California were both abandoned, raising questions about the danger of purposefully cracking open the Earth to extract its heat.

The California project, operated by a firm called AltaRock, had been halted since September after the company ran into repeated snags with a drill. The project, about 100 miles north of San Francisco in an area called The Geysers, had also been under a U.S. Department of Energy review, according to the New York Times.

The Swiss project had been on hold since late 2006, when it caused earthquakes in the city of Basel, doing about $9 million in mostly minor damage to homes and businesses.

Both projects used an “enhanced geothermal” system, which works by fracturing bedrock and circulating water through the cracks to superheat it and produce steam. The steam would be used to spin turbines in a power plant.

Both projects were based in areas with a history of seismic activity, whether it was earthquakes, geysers, hot springs or fumaroles (steam vents). Those are associated with vents or cracks in the bedrock deep beneath the Earth’s surface. The Basel and AltaRock projects aimed to force water underground to open new cracks. Additional water would then be pumped underground, where it would be superheated and turned into steam. Drilling into sandstone also releases water, which turns to steam, too.

Power companies already use shallow steam beds and fumaroles to generate small amounts of electricity; The Geysers is the world’s largest dry-steam geothermal steam field, and at its peak in 1987, it served 1.8 million electricity customers, according to the Energy Department.

Geothermal energy can also be used to heat and cool homes; geothermal heat pumps involve circulating fluids at shallower depths to be passively warmed by the Earth’s heat. But for geothermal energy to be used as a major power source, companies have to tap into the heat at much deeper levels. The fracturing process is one such method.

By its nature, fracturing causes earthquakes, but most of them are small enough to go unnoticed — except when they aren’t.

The Swiss project caused a 3.4 magnitude tremor Dec. 8, 2006, and although no one was hurt, it caused enough damage — and fear — to stop the drilling. What’s more, the initial tremor was just the beginning. The region experienced 3,500 additional quakes in the following year, according to the Times. Most were small, but at least three more were above magnitude 3, the Times reported.

A Swiss government study announced last week that the project, which cost about $60 million, was likely to cause earthquakes that would do several millions of dollars in damage each year. Residents could expect between 14 and 170 quakes over the 30-year life of the project, though most would be minor.

American officials have not yet finished a study on AltaRock’s Geysers project, where the company is now removing its drill rig. AltaRock had problems reaching the required depths at the site; drill bits repeatedly snapped off in shallow formations called caprock, the Times reported. The Geysers project had won a $6 million grant from the Energy Department along with about $30 million in private investment from firms including Google, according to the Times. The company is turning its attention to another project in Oregon.

Despite the setbacks, the Energy Department considers geothermal power a potentially rich, clean replacement for fossil fuels; the department is still working on a draft National Geothermal Action Plan, and invested more than $400 million in geothermal projects just this year. Several other enhanced geothermal projects have also received federal financing, including one in Idaho, operated by the University of Utah; one in Nevada; and another in California, a few miles from AltaRock’s site.