It’s become a refrain in this age of 24-hour news stations, media-starved talking heads, and hundreds of channels of stuff... 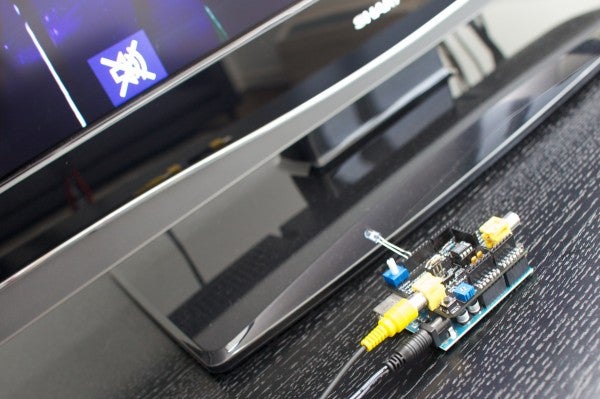 It’s become a refrain in this age of 24-hour news stations, media-starved talking heads, and hundreds of channels of stuff you don’t want to watch. “Why won’t they just shut up about (insert your least favorite abusive sitcom star, diminutive bepoofed reality star, brain-dead politician, or Donald Trump here). The talking heads may never shut up, but that doesn’t mean you have to listen to them–and some enterprising Makers created an Arduino-controlled gadget that’ll make that even easier.

The Enough Already, as it’s called, gathers and parses through the TV’s closed captioning feed using the Video Experimenter Shield, a toolkit for messing with video with an Arduino (check out more of what the Arduino can do here), searching in real time for the mention of any of those undesirables you’d rather ignore. It can even search for several keywords, which is probably for the best, as once you realize you don’t have to listen to everyone, you may want to listen to hardly anyone.

The Enough Already sends an IR command to mute the TV for 30 seconds whenever it sees one of those keywords in the closed captioning. After 30 seconds, it’ll turn the volume back on–unless it sees the same name again, which it just might. As the Enough Already is made with all open-source hardware and software, you can make one of your own very easily. Check out the video below to see how it works.