A Chinese DIY Submarine Made from Oil Barrels

Two years, $4,385, and some homemade ingenuity can get you this underwater ride 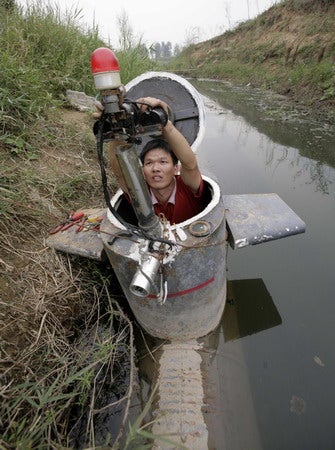 Chinese locals have already demonstrated a knack for knocking together homemade flying contraptions and robots. Now one amateur inventor has created a full-fledged submarine built primarily from discarded oil barrels and tools bought at a second-hand market.

China Daily says that Tao Xiangli made his underwater debut in a lake outside Beijing on September 3, 2009. The inventor outfitted his vehicle with a periscope, depth control tanks and electric motors, after spending two years and roughly $4,385 on the project. 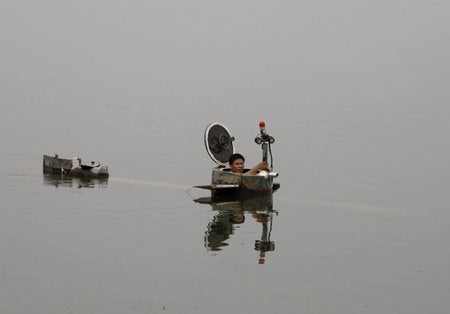 An oil-barrel submarine heads out for a spin

Perhaps it’s a hair less audacious than the farmer who wanted to test-fly his wooden copter. But then again, we don’t see any escape system if the sub happened to go belly-up, figuratively speaking.