Finally, something that you can do with that “dead” Aibo of yours. Video inside 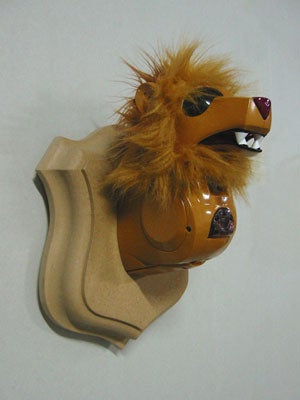 What do you get when you cross stitch taxidermy with the mug of a “dead” robot? Well, if you’re the artist/robot teacher France Cadet, you get a wall full of interactive robo-trophies programmed to react to their environment.

Officially dubbed, “hunting trophies” by Ms. Cadet, these taxi-droids literally leap off the wall. Bristling with sensors, motors, speakers, and obligatory LEDs, each “head” is individually programmed to respond to passerbys with a chain reaction of growls and yelps, hitting viewers with a parting shot of guilt. Who among us is insensitive enough not to pity the whimpers of a disembowled i-Cybie head mounted to a board? 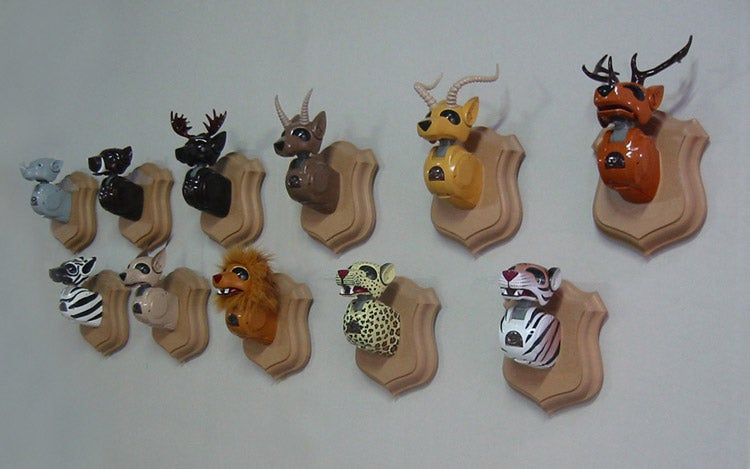 Actually, Ms. Cadet’s installation features the noggins of 11 different dead i-Cybie fellas. Adding further insult to their lobotomized injury, each of these PETA pets’ heads has been outfitted with antlers, horns, fur, and/or spots for mimicking an animal that is frequently mounted as a trophy. The horror!

Can a Robosapien morgue be far behind?

Here’s a video of Cadet’s trophies in action: