A Closer Look at Google and Mattel’s Updated View-Master

Now kids are getting in on the virtual reality bandwagon 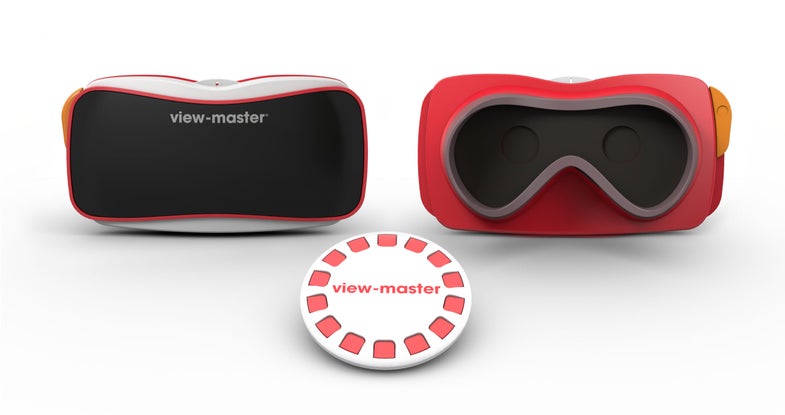 Mattel recently announced a partnership with Google's Cardboard team to bring virtual reality to the classic stereoscopic image viewer. Like Google Cardboard, the new View-Master will use the power of your smartphone to take kids to visit dinosaurs, the moon, and even San Francisco. (Available Fall; $30). Mattel
SHARE

One of the biggest announcements at Toy Fair 2015 was a partnership between tech giant Google and toy giant Mattel. The two teamed up to revamp the old View-Master system, turning the nostalgic children’s toy into an augmented reality/virtual reality headset. The updated viewer takes elements from Google Cardboard; simply put your smartphone into the viewer, and the devices seemingly transport you to a 3D world. It also has 360-degree capability, meaning as you move your head, your viewpoint moves within the scene. Check out Katie Linendoll in the video above as she tries on the new creation.