It's not made by Google. 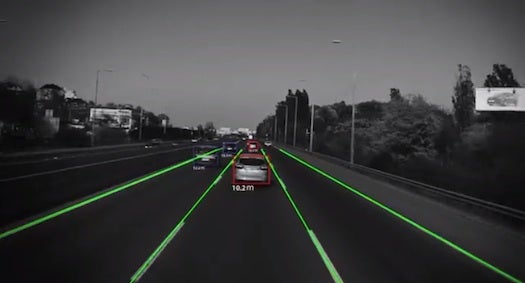 Google’s self-driving car sure sounds appealing, but it’s expensive. So another company altogether is looking to get the same capabilities for less.

A New York Times reporter recently took a ride in an Audi A7 equipped with cheaper—and more commercializable, the tech’s maker says—versions of self-driving technology. The story offers a look at Israel-based Mobileye Vision Technologies, which is responsible for the intelligent autopilot that’s already in cars today, such as Volvo’s bicyclist-avoiding system.

Mobileye is currently selling its third generation of technology, the New York Times reported. It uses video cameras instead of the Google Car’s exponentially pricier lidar. Later this year, Mobileye plans to sell a system that is able to take control during stop-and-go traffic.

Times reporter John Markoff tested a prototype self-driving system that Mobileye hopes will be ready for sale in 2016. Compared to the Google car, which Markoff tested in 2010, Mobileye tech seems more limited and less trustworthy, he writes. But it’s much more likely to be the tech that car owners will use themselves in the next few years.