A Breakthrough In the Human-Automobile Interface Race 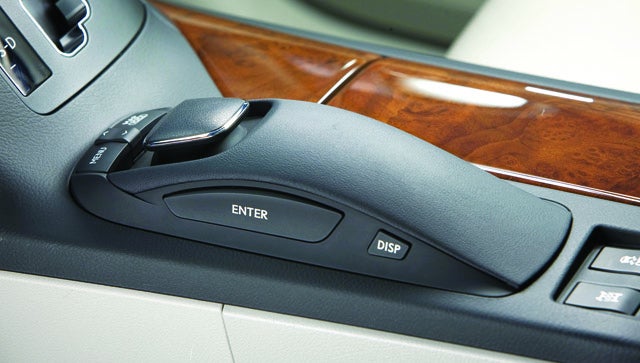 Since satellite radio, Bluetooth-connected cellphones and navigation systems all began competing for a driver’s attention, car companies have been trying to develop control systems intuitive enough that drivers can command their car’s gizmos without careening into a tree. The smartest new interface we’ve seen in a while is from Lexus, whose Remote Touch system combines a mouse-like joystick with haptic feedback and a high-mounted display screen.

During our test in the RX 350 crossover and its RX 450h hybrid version, Remote Touch proved to be a good alternative to single-knob systems pioneered by BMW’s iDrive or the touchscreens favored by other luxury makers. The joystick earns an “A” for ergonomics: The driver’s palm and wrist rest on a gently arched support, and the trapezoidal mouse and its various keys fall perfectly to hand. Mouse movements are silky, and haptic feedback adds varying physical resistance to the controller, steering the cursor onto clickable icons and away from screen edges, making it easier to control phones and nav, audio and climate controls by feel. Like most 1.0 technologies, the Lexus system has kinks to work out, and the screen graphics look dull and dated. Yet all told, Remote Touch seems a natural evolution for new generations of drivers who learned to maneuver a mouse before they could tie their shoes. 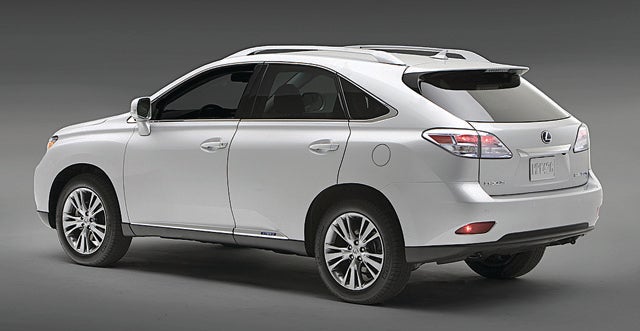 BMW iDrive
Once maddeningly hard to use, this system, controlled by a rotary knob, has become remarkably user-friendly. European 7-Series drivers can even use iDrive as a full-featured Web browser.

Ford Sync
Sync uses voice commands to control audio and Bluetooth phones. The recognition software is excellent, but on less-expensive models the information is displayed on a dinky, clock-radio-style readout.

Audi Multi Media Interface (MMI)
Audi’s bright idea—surrounding the control dial with shortcut keys—has been copied by the new iDrive. But no automaker has matched the quality of the graphics on Audi’s sharp navigation screen.

Acura Interface Dial
Redundant buttons can be useful, but the overly complex multifunction knob and profusion of analog switches on the Acura TL, RL and MDX could confuse an F16 pilot.