To the edge of space and back again 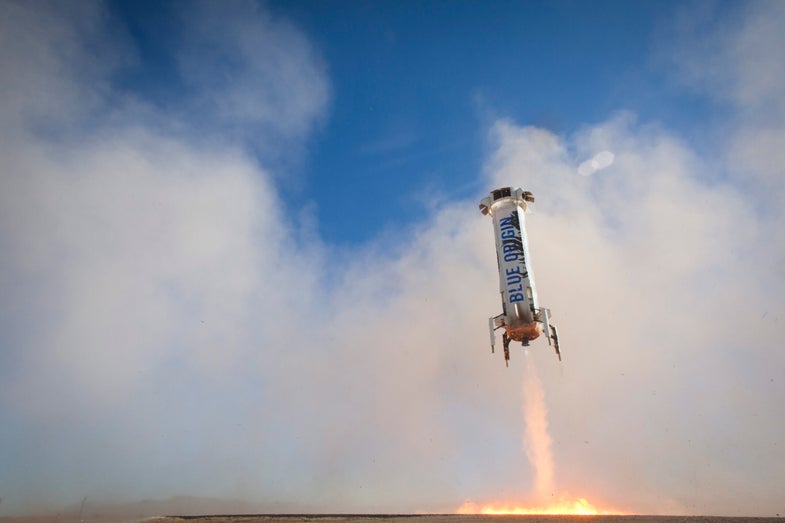 The New Shepard rocket comes in for touchdown on April 2, 2016. Blue Origin
SHARE

What did you do this weekend? If you’re not about to say, “I launched a reusable rocket into suborbital space,” then you can just stop right there.

Amazon CEO Jeff Bezos’s side project Blue Origin launched its New Shepard rocket into space and back again on Saturday. This was the third time this particular rocket booster has flown and landed safely, underlining the design’s potential for reusability. That should make it cheaper for Blue Origin to carry (wealthy) tourists to the edge of space beginning as soon as 2018.

Saturday’s launch flew 339,138 feet above the surface of the Earth–that’s just over the Kármán line where the international community sets the boundary between Earth’s atmosphere and Space. That’s high enough to experience weightlessness and see the curvature of the Earth. You can see some of those views, as well as the graceful landing of the rocket and (uncrewed) crew capsule in the video above.