Cognitive Computing For All: IBM Releases a Legion of Watsons

Watson is dead. IBM’s Jeopardy-winning computer, whose calculations resided on a custom-built bank of servers roughly the size of a … Continued 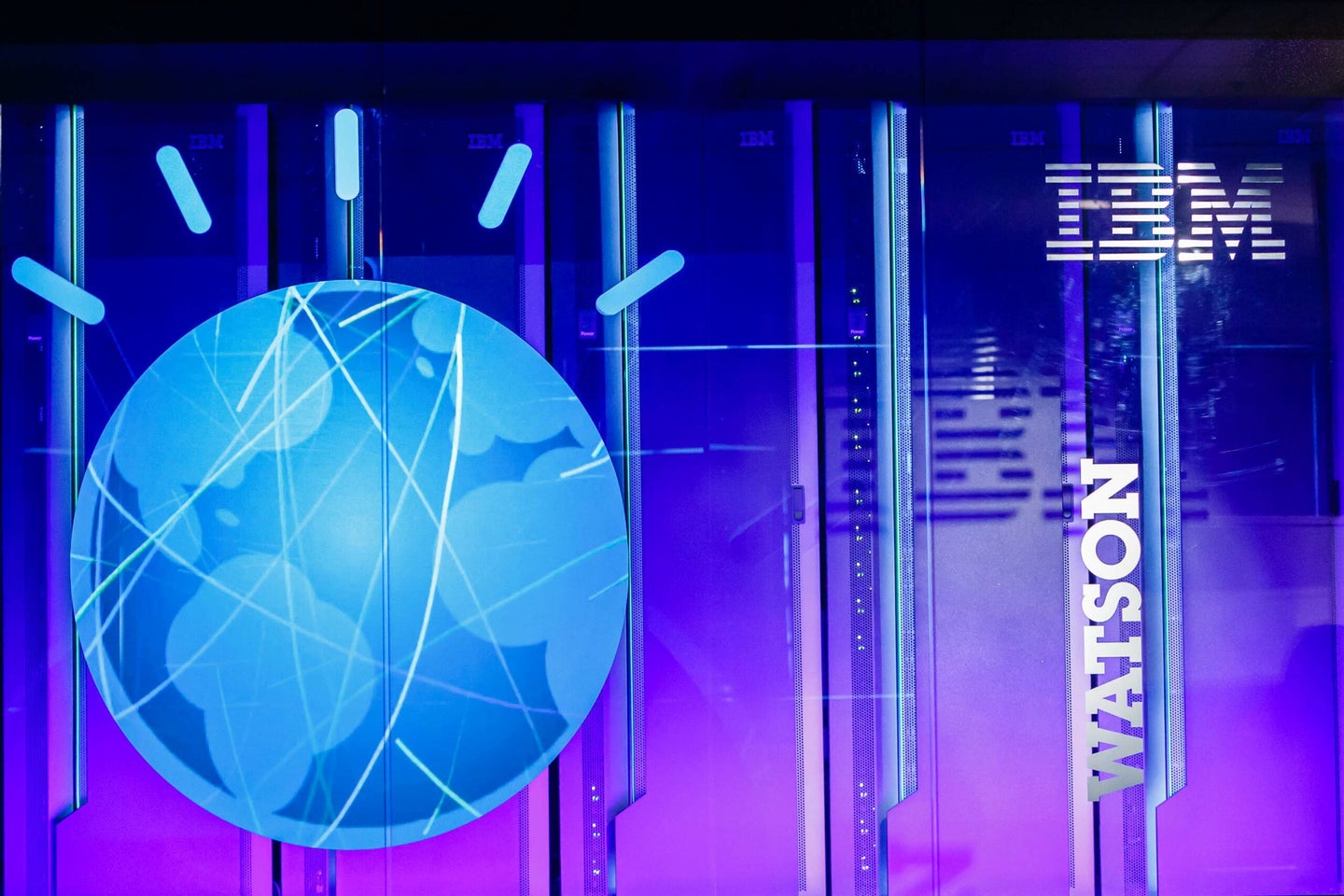 Watson is dead. IBM’s Jeopardy-winning computer, whose calculations resided on a custom-built bank of servers roughly the size of a master bedroom, is no more.

But Watson has descendants. They’re also called Watson, and they are legion. Some of those Watsons will grow up to be medical experts. Other Watsons will become health and wellness coaches, motivating humans to become better humans. Still other Watsons will strive to be the best, and most attentive of personal shoppers. Those last Watsons won’t understand the sad trombone noise you’re mentally conjuring. But explain it, and they must might.

Maybe I should explain.

IBM announced today that it has opened up Watson to developers, including access to an API (or application programming interface) and tools for incorporating its cognitive computing into existing software. What Watson did on TV in 2011, crushing two quiz show champions with its encyclopedic knowledge and rapid response time, and what it’s doing for cancer researchers, scanning through whole archives of medical records and journaled papers, actually reading and understanding the text, as opposed to simply collecting excerpts based on keywords, it can now do for whoever’s willing to buy access.

So far, the examples of API-based applications provided by IBM are more interesting from a business standpoint than a technological one. Welltok’s CafeWell Concierge app will create personalized “Intelligent Health Itineraries” that help the user manage specific conditions, and provide rewards for good eating, exercise, and other behaviors. The Fluid Expert Personal Shopper from Fluid Retail will act as an online sales associate, interacting with customers with text and speech. The app can effectively chat with the customer about where he or she is going, what sorts of activities are planned, and then pull up relevant products, reviews and suggestions. As with WellTok’s coach, Fluid’s shopper is learning about the specific person it’s serving, and applying that knowledge as it goes.

More exciting that the apps, though, is why they’re possible. Watson isn’t learning like a machine, gathering and regurgitating data within rigidly defined rules and interfaces. It’s not, for example, requiring that you fill out questionnaires and then make your own way through search results. You’re talking to it—either out loud, or through text—and it’s making logical connections, and coming to conclusions, which it presents in the same sort of conversational language that humans use.

The approach is called cognitive computing, which might sound like yet another buzzy term used to oversell so-called intelligent software. But Watson is the real deal: software that learns. “I don’t program it at all,” says John Gordon, VP of IBM Watson. “I feed it info, I give it practice tests, and I score it. And Watson figures out, on its own, how to learn from its mistakes.”

Gordon compares Watson’s training process to helping his kids with their homework. Instead of digging into the code to upgrade and improve the system’s ability to understand and interact with people, he gives it data, and sometimes discusses it, and Watson gets better. That person-like capacity to learn applies both to its linguistic and interactive algorithms, as well as its book smarts—it can absorb roughly 1 million books worth of content.

In a general sense, this is no different from how programmers worked on the Jeopardy-winning version of Watson, back when it was tied to a specific, room-size assortment of hardware. But today’s Watson lives in an online-accessible IBM Power server—the size of about three pizza boxes, says Gordon—and can interact with multiple users at once, as opposed to one. Much of the system’s calculations now happen in the cloud, and depending on the applications that are tapping into it, the Watson that helps you shop at TheNorthFace.com (the only partner that Fluid has announced), or that tells you how to cope with a chronic condition, will be inherently different from all the other Watsons helping all the other people. That’s why Watson, the Jeopardy champ is dead. Long live its progeny, an army of Watsons with their own unique and evolving knowledge bases. It’s closer to a new species of intelligence computer than a single platform.

To answer the obvious robophobic question: “We don’t have one super Watson that knows everything that every computer puts back into it,” says Gordon. What happens to those individual Watsons, and to the data they collect—much of which will be intensely personal—is up to developers. In some cases, IBM will ask for feedback from partners to help train its core interaction algorithms. So the more humans deal with Watson, the smarter its localized iterations will definitely become, and the better its cognitive functions might become.

IBM won’t speculate on the kinds of disruptive capabilities it would like to see from Watson-powered developers. But however you want to spin this news, as another sign of the coming Singularity, or fabulous news for indecisive North Face customers, it’s clear that cognitive computing isn’t just here. In the post-Watson-API world, it’s everywhere.