Hey Kiddos, I’ve been swamped preparing for PAX East in Boston, so today I have a new OTP for you... 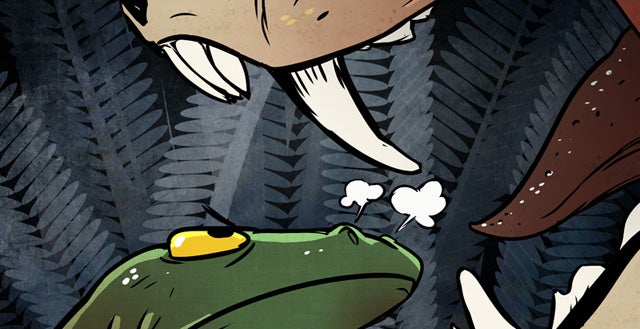 Hey Kiddos, I’ve been swamped preparing for PAX East in Boston, so today I have a new OTP for you all. When we last saw our prehistoric pal, they were getting beat up by a really crazy-looking Pristerognathus. In reality, the Broomistega, being small of tooth and stature, probably wouldn’t be able to put up much of a fight. But thankfully, a well timed wasp belch has allowed for a hasty escape.

Members of the order Hymenoptera, the largest and one of the oldest orders of insects first appeared approximately 251 million years ago. The specimen portrayed in today’s comic is an ancestor of the modern sawfly, named for its serrated ovipositor, which is used to cut grooves into plants before laying eggs. Originally, there was a panel with the sawfly stinging the attacking pristerognathus in the eye, but the use of ovipositors for stinging is a later adaptation, so the method of attack in the comic was left somewhat open ended.