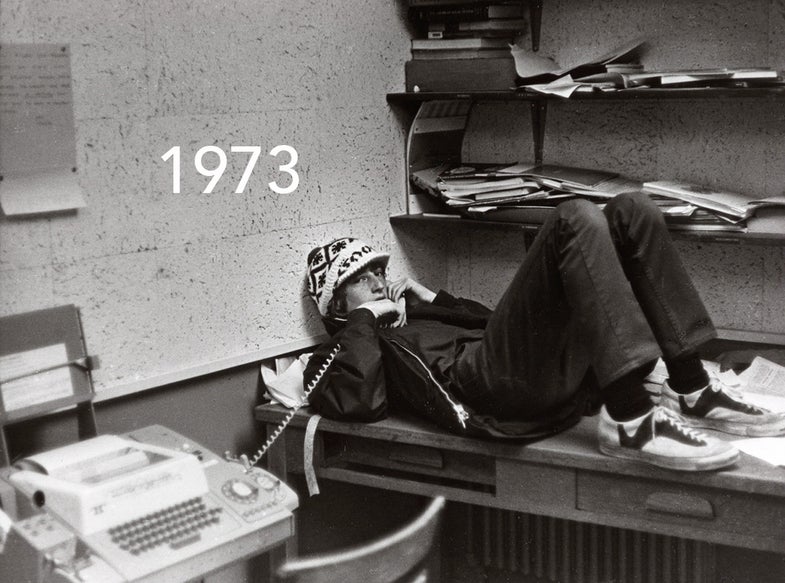 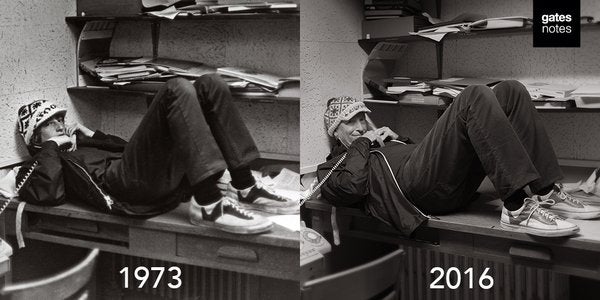 Whenever you hear the name “Bill Gates,” a certain image probably pops into your mind. Maybe one of a bespectacled, thin, smiling older gentlemen who seems to have a kind of inquisitive smirk on his face. But back in 1973, when he was still a 17-year-old high school student at Lakeside School in Seattle, Washington, he looked a lot like any other moody, rebellious kid. The Microsoft co-founder and multi-billlionaire philanthropist is hosted a Reddit AmA (“Ask Me Anything”) session on Tuesday (that’s where a single person solicits questions from the crowd), and for his required verification photo, he uploaded the above picture he says his is high school yearbook photo, along with a recreation of himself in the same spot and position today. 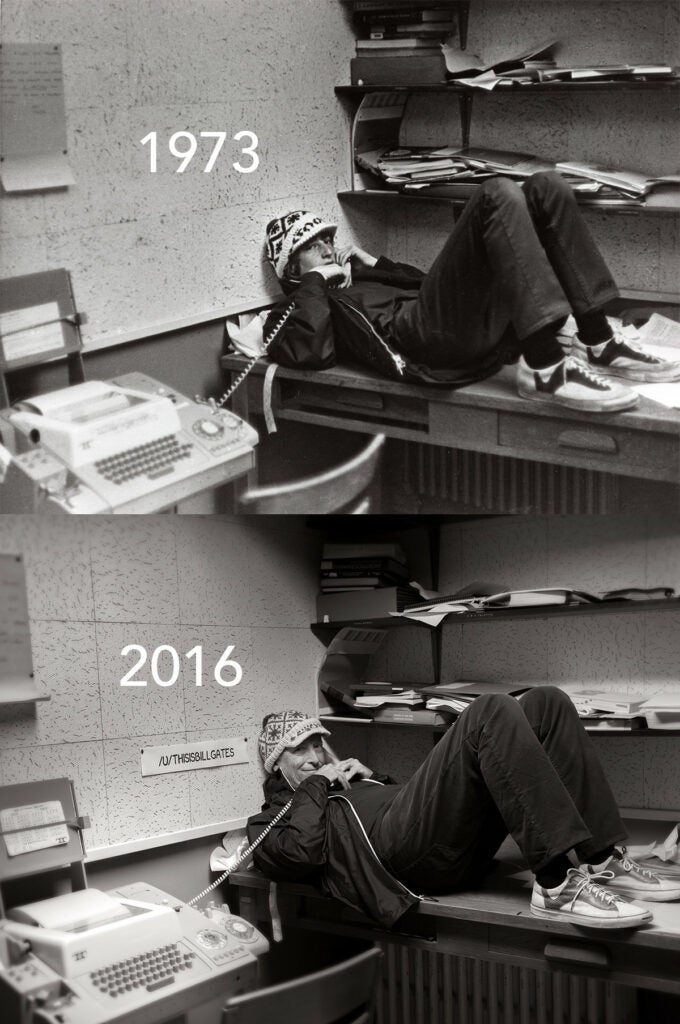 Re-created his high school yearbook photo for a 2016 Reddit iAmA.

Perhaps the most alien aspect of the photo to the high school students of today: Gates is holding the receiver of a rotary phone, attached by one of those classic, flexible, self-coiling cords. Yes, as strange as it sounds, our phones were for a long time not mobile. There’s also something of a funny yet sad irony Gates is holding a phone in this picture and the re-creation, given how poorly Microsoft’s own mobile phone efforts have panned out.

Still, it’s something like this that makes us long for another vintage geek/computing inspired TV show or movie. Halt and Catch Fire season 3, anyone?