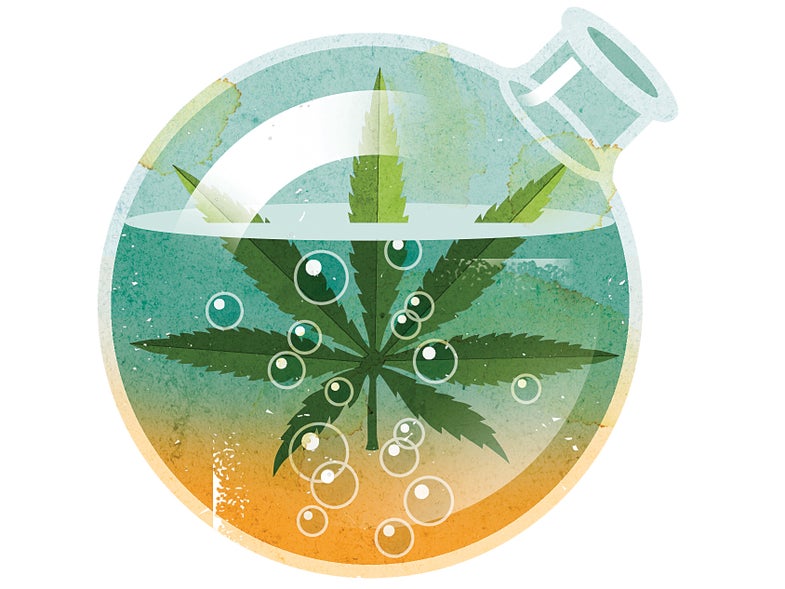 Medical marijuana is being used to treat more conditions, especially as its growing legality and acceptance makes studying it easier. Sam Ward
SHARE

It’s now easier to buy marijuana in the U.S. for personal consumption than it is for scientists to procure it for research: 23 states and D.C. have legalized it (at least as medicine), and several others may have it on the ballot in 2016. Researchers hope the barriers to studying the plant will likewise crumble so they can finally probe its full therapeutic potential.

Scientists have long known that marijuana can treat nausea and pain. But they only recently figured out why: Chemicals in marijuana called cannabinoids can activate receptors on brain cells, changing the messages they send to one another. While THC is the best-known cannabinoid, researchers suspect others might be useful in treating the symptoms of diseases such as cancer, fibromyalgia, epilepsy, and autism.

So far, even in states where medical marijuana is legal, scientists have had to wait months or years for approvals from the Drug Enforcement Administration, Food and Drug Administration, and National Institute on Drug Abuse. In June, the White House took one step out of the complex process: They no longer need permission from the Public Health Service too.

In November, Senator Bernie Sanders introduced a bill that would remove marijuana from the list of substances regulated by the DEA—a move that would take it out of the company of heroin and make it much easier for a lab to buy.