The Internet is only one flying robot away. 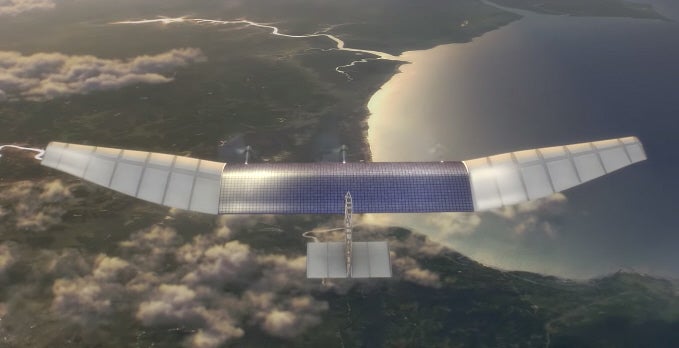 If a new Facebook plan is successful, the easiest way to access the cloud may be … in the clouds. Facebook wants to spread Wi-Fi Internet to unconnected parts of the world with drones, and at a summit in New York earlier this week, the company revealed those drones will be the size of jumbo jets.

In March of 2014, Facebook acquired drone maker Ascenta, whose solar-powered drones could potentially remain airborne at 65,000 feet for months or years at a time. (Ascenta’s web page has disappeared since the acquisition, leaving only a goodbye notice in Facebook-blue.) To make this project fly, Facebook plans on testing one of the drones over American skies by 2015, hoping to have the project off the ground in three to five years.

While bringing Internet connectivity to unconnected parts of the world should be a good enough move for public relations, Facebook also joined the ongoing war against calling unmanned aircraft drones:

Whatever its name, the craft without people on board will let people access the web from the heavens. Internet.org, a collaboration between social media giant Facebook and telecom behemoths Nokia and Qualcomm, created a short, optimistic video about these sky Internet robots. Watch it below: