The craft has been undergoing tests before its original planned launch date of November 20. 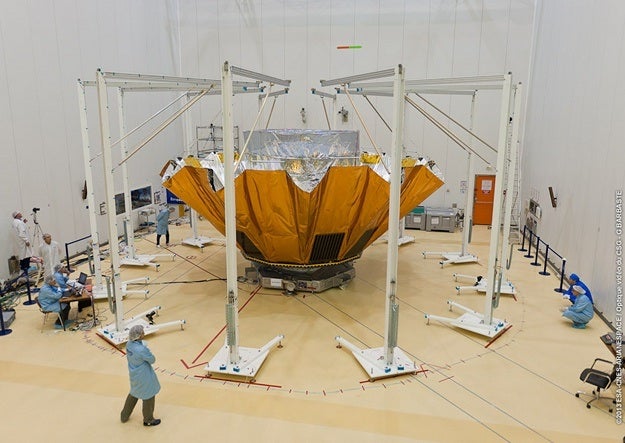 The European Space Agency’s galaxy-mapping spacecraft, Gaia, was originally scheduled to launch in less than a month. It looks like that date will be pushed back, however. The agency posted on the Gaia Blog today:

A new launch date will be announced as soon as the availability of the satellite is confirmed.

Gaia’s last two blog entries described some recent tests the craft underwent, including a “flawless” test of its sunshield.