Which Countries Judge You The Harshest For Playing Hooky?

Note to self: Move to Trinidad. 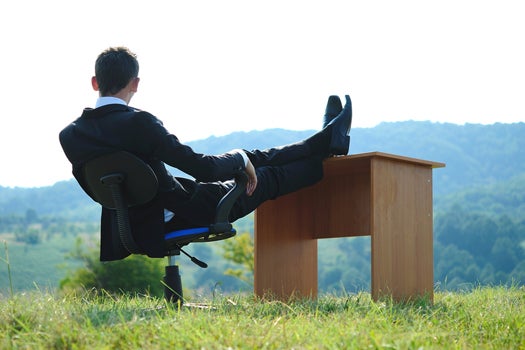 What’s a good enough reason to skip out on work for the day? Depends on who you are and what you do, but it also depends on where you’re calling in from. According to a new study from the University of Wisconsin-Whitewater and the Concordia University in Canada, certain countries are far more likely than others to condone not showing up for work.

The study, which surveyed 1,535 employees from 10 multinational companies, presented seven scenarios about taking off work, and asked participants to rate how legitimate the absences were. For example: “Susan is a highly productive employee but she is absent more often than her co-workers. She has decided to be absent from work to engage in some recreational activities because she believes that her absence would not affect her overall productivity.”

Fine? Deplorable? Fireable? For respondents from Pakistan, India and Trinidad, Susan would pretty much be in the clear. People from those countries found absences from work to be most acceptable. If Susan’s American, though, she should probably fake a deadly cough or something. People from the U.S., Ghana and Japan were the least accepting of playing hooky. Canada, Nigeria and Mexico were somewhere in the middle.

In an interesting turn, despite the Japanese respondents’ stern views on taking off work, they were also quick to excuse concrete instances of absenteeism.

“They were the most lenient in terms of accountability and notably lenient when confronted with speciﬁc cases of the behavior as embodied in the scenarios,” the authors write. They suggest that among other reasons, this could be because “the very espousal of unacceptability of absence in Japan may occasion beliefs that the behavior must indeed be justiﬁed if it occurred.”

The study is available in the journal Cross Cultural Management.