Killers in the ICU 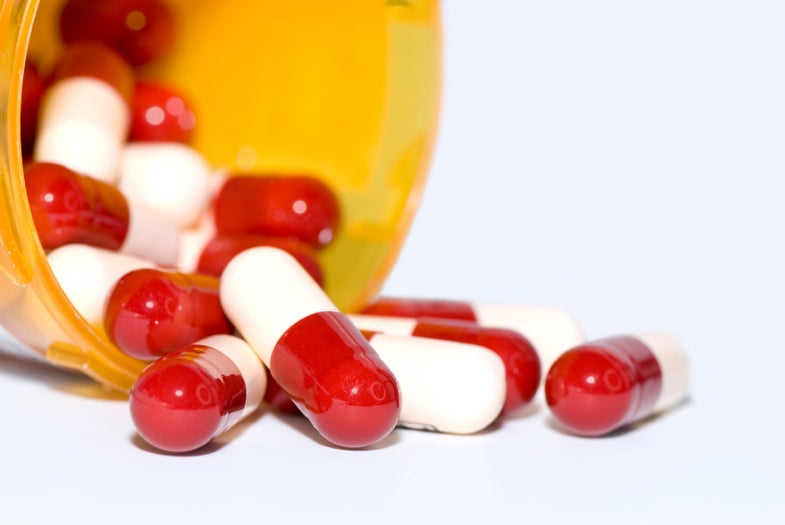 High on the back wall of the New Jersey Poison Center in Newark, beyond a display case filled with bottles of ant killer, antifreeze and other ingredients of noteworthy cases, hangs an electronic map of the state. It displays dozens of glowing red dots. Each marks the origin of a call received over the previous 24 hours. Updates sweep down the map every 10 minutes, and the staff knows where to expect clusters based on population. “This is one way that computerization can help us pick up unexpected hotspots,” says medical director Steven Marcus. “But it’s no substitute for the way a person can recognize suspicious patterns.”

Marcus is referring to how toxicologists got wind of New Jersey’s most infamous serial killer. In June 2003, a pharmacist at Somerset Medical Center in Somerville called the poison center after a patient nearly died of digoxin overdose. The woman wasn’t supposed to be on the heart medication at all, and the pharmacist wanted to know whether a Korean mushroom tea she had drunk might contain a botanical version of the drug. The poison-center staff ruled out that possibility. But they remembered that case when, a short time later, they got another call from Somerset, this time involving another life-threatening overdose.

“That’s when we asked, ‘What the hell is going on over there? Have you had any other unexplained overdoses?’ ” Marcus recalls. The hospital pharmacist admitted that there had been two insulin overdoses in the same intensive-care unit. “We told them they needed to call the police. They likely had an Angel of Death on their hands,” Marcus says. Hospital administrators waited another four months—and five more suspicious deaths—before they reported their fears about Charles Cullen, the nurse who later pled guilty to killing 29 patients at medical centers across New Jersey and Pennsylvania.

“Unfortunately, Charles Cullen was far from unique,” says forensic nurse Beatrice Yorker of California State University–Los Angeles. In the first tally of its kind, Yorker and her colleagues have documented 90 criminal prosecutions of health-care workers charged with serial killings of patients between 1970 and 2006 worldwide, 36 of them in the U.S. To date, 54 of the cases have resulted in convictions associated with more than 2,000 deaths.

At Indiana-Purdue University Indianapolis, criminologist Kenna Quinet estimates that America’s serial medical killers murder between 500 and 1,000 patients a year. Next to Cullen’s 16-year killing spree, Quinet cites the long run of Michael Swango, an American physician suspected in as many as 60 murders and convicted in 2000 of three.

These dark angels aren’t practicing euthanasia, adds Katherine Ramsland, a forensic psychologist at DeSales University and the author of Inside the Minds of Healthcare Serial Killers. They kill to ease only their own pain. “Cullen’s murders clearly increased whenever he was going through a difficult situation in his personal life,” she says. “As with so many serial killers, he seemed to empower himself with his murders.”

Cullen had been fired multiple times from other hospitals; each time, he simply moved on to a nearby facility. Once he was caught, his case sparked a flurry of attention and calls for reform. New Jersey passed laws mandating that hospitals report disciplinary actions to state medical boards, and New Jersey senators Jon Corzine (now the state’s governor) and Frank Lautenberg sent a letter to the U.S. Health Resources and Services Administration demanding that it begin to register such disciplinary information in a National Practitioner Data Bank. The American Hospital Association convened a task force to produce guidelines to assure greater patient safety.

Yet four years later, the task force hasn’t produced the promised guidelines, AHA spokesman David Allen says. And the Health Resources and Services Administration has drawn up plans but hasn’t implemented them.

So what’s a hospital—or patient—to do? Various proposals have been floated, such as “death radar” software that would flag high death rates associated with a given employee, or restrict access to potentially lethal medications. But Yorker argues that the best tool is a well-trained staff. “What I teach nurses is how hospitals can be crime scenes,” she says of her forensic-nursing courses. Adds Quinet, “It’s quite common for colleagues to have long-standing nicknames like ‘Dr. Death’ for some of these killers. But still they refuse to believe that the person is actually capable of murder.” One even jokingly referred to himself as an “Angel of Death” when others noticed that his shifts appeared jinxed.

As for protecting yourself the next time you’re in the hospital? “Call me paranoid,” says Marcus, “but when I’m in that hospital bed and someone comes in with a drug, I want to know what it is and what it’s for.”