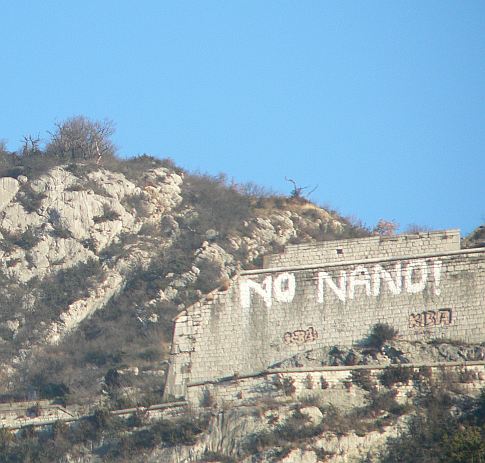 Rocket ships. Guns. So much vaguely phallic technology in the news. It’s time to stop beating about the bush and discuss the real thing.

Here are three cool urogenital advances to learn about — and one very catchy music video.

Penile prosthetic. Two words that conjure up suspicious internet sites, or late-night infomercials with Ron Jeremy. However, for many men suffering from impotence, a penile prosthetic device can restore their virility and provide an enormous improvement in quality of life. Who is a candidate for a penile prosthetic? Basically, a patient for whom all the less invasive therapies have failed, such as pills (e.g. Viagra), penile self-injection, (uncomfortable) vacuum-assisted erection devices (with witty names like ErecAid and Encore Impo), or treatment of an underlying medical problem (such as diabetes mellitus.) One common type of prosthetic is an inflatable pump; to achieve an erection, a man squeezes a pump implanted in his scrotum, driving fluid from an intra-pelvic reservoir into two narrow cylinders in the body of the penis. The pump is surprisingly discreet — some men choose not to tell their partners that they use a prosthetic device. However, installation is an invasive procedure; surgical implantation of the pump involves the insertion of a “lightning bolt needle” (basically a four-inch-long metal zigzag) through the penis from base to head. Patients usually require about 5 weeks of recovery time before they can start…pumping.

There seems to be an unlimited supply of cheesy reminders to use the same old condoms. But what about new condom technologies? So-called “nanosilver” is silver colloid, tiny particles of silver dispersed in solution. Some researchers have found that nanosilver has antimicrobial properties; consequently, a Chinese company is currently advertising a spray-on foam condom utilizing nanosilver as the active anticonceptive and antibiotic ingredient. Before you spray one on, be aware that other researchers believe that nanosilver has “unknown risks.”

At least the company had the good sense not to name their product “Nanocondom,” since, as we know, condom size can be a subject worthy of international news, according to this BBC article.

As long as I’m yapping about genitalia and fornication I might as well include some charming facts about urination as well. Some patients with bladder cancer require something called a cystectomy, an operation to remove the entire bladder. After such a procedure, the kidneys continue to produce urine, which still needs to be removed from the body. In certain circumstances, patients may be appropriate candidates for the creation of something called a “neobladder.” (Not to be confused with a bladder that wears a long black trench coat and fights the Matrix.)

To create a neobladder, urologic surgeons remove a piece of the small bowel, cut it open, and sew it up into a pouch. Then, they reattach the ureters, which normally drain urine from the kidneys, into this bowel pouch, and reattach the urethra, which normally drains urine from the bladder out of the body. Voila — a brand-new bladder made out of intestine. This kind of procedure generally provides patients with a more normal urination experience, unlike patients who have what are known as “incontinent urinary diversions,” where urine basically leaks constantly out of a hole or stoma in the body wall into an external collection bag.

So we can laugh and cringe, but thank goodness for all of these innovations and novel procedures — plenty of people out there: you, friends, family — will sooner or later find themselves thankful for key developments in urology technology.