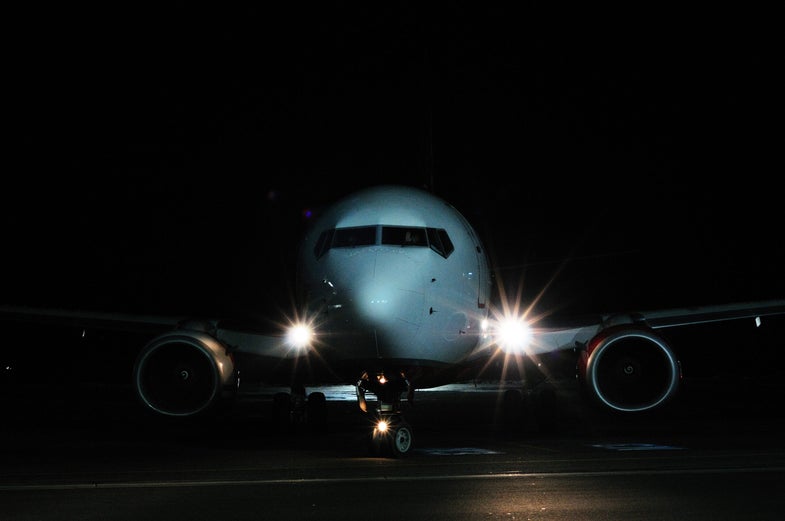 After crossing multiple time zones it can feel like your entire body is worn out. And it turns out, that’s true, even down to the bacteria in your gut. In a study published last week in the journal Cell, researchers found that in both humans and mice, the gut microbiome was affected by changes to the test subjects’ biological clocks.

The human subjects went on a trip from the U.S. to Israel — an eight- to ten-hour time zone difference. The mice in the study didn’t get to go anywhere (humans have all the fun), but they had their feeding habits and the light in their habitats disrupted. In both the humans and the mice, the researchers took fecal samples before and after to see which bacteria were thriving in their guts. Not only did they find that the bacteria in the gut changed, they found that the bacteria who thrived under the changing conditions were the ones most associated with obesity and other health issues.

“Our findings highlight a new therapeutic target that may be exploited in future studies to normalize the microbiota in those people whose lifestyle involves frequent alterations in sleep patterns, such as shift workers and very frequent fliers,” study author Eran Elinav said in a press release. “Targeting the harmful changes in the microbiota in these large human populations with probiotic or antimicrobial therapies may reduce or even prevent their risk of developing obesity and its complications.”

Jet lag and lack of sleep due to shift work are linked to health problems, including gastrointestinal, metabolic issues, and fatigue. In the study, the researchers found that the ‘jet-lagged’ mice gained weight compared to their non-fake-jet-setting counterparts. The humans also experienced changes to the microbiome, but luckily the effects dissipated within a few weeks.