Why Yellowstone is giving away a herd of 2,000-lb beasts 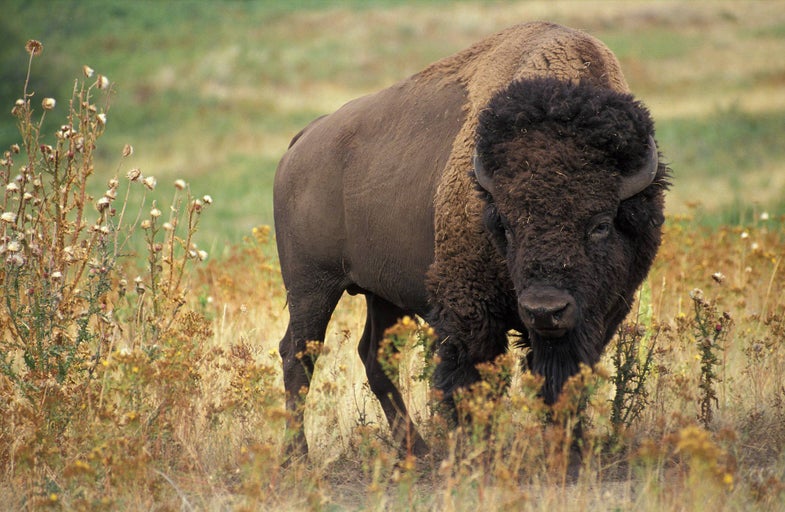 If you’ve ever wanted to adopt a bison, now’s your chance. Reuters is reporting that Yellowstone National Park is giving away 145 bison to conservation organizations in five different states—including the Bronx and Queens zoos in New York, the Cherokee Nation in Oklahoma, and the Utah Division of Wildlife Resources.

The America bison (whose scientific name, we’re delighted to report, is Bison bison bison) used to roam across the prairies by the millions, but hunting culled them to near extinction. Bison have since bounced back, often by interbreeding with cattle. Yellowstone’s population of 5,000 bison is the largest and most genetically pure, but it has a problem: Although the 145 bison to be given away have a clean bill of health, many of the park’s bison are carrying a disease that devastates livestock herds.

Brucellosis is caused by the bacteria Brucella abortus, so named because it causes cattle to miscarry their fetuses. The disease has been eradicated in 48 states … everywhere except Wyoming and Montana, where 50 percent of Yellowstone’s wild bison may be infected. That’s something that makes local cattle farmers understandably nervous.

Since 2005, Montana has quarantined the bison inside the park to keep them away from livestock, and the park has attempted to lower the prevalence of the disease in wild bison. Part of the plan included culling diseased bison from herds, and another part used calves that tested negative for Brucella to establish a small disease-free population that was kept segregated from untested bison.

Although a 2011 study said that the measures have not been successful in reducing the prevalence of brucellosis in the overall population, there hasn’t yet been a documented case of transmission between Yellowstone bison and livestock.

The program did manage to establish a Brucella-free herd in a research facility, and over the last few years, bison from that population have occassionally been given away to start new herds on public lands and Native American territories. A study published this spring confirmed that the quarantine procedures worked, and the segregated bison were Brucella-free. Now the park is ready to give away a new installment of healthy bison.

Conservationists hope eventually the iconic animals will once again roam freely (and safely) across the grasslands of the American Midwest.