Four men who had been paralyzed for two years or more were able to move their legs, knees, ankles and toes. Andrew Meas, Dustin Shillcox, Kent Stephenson and Rob Summers in the University of Louisville lab where they get specialized training to work with electrical stimulation to move parts of their bodies below their spinal cord injuries. Christopher & Dana Reeve Foundation
SHARE

After you’ve injured your spinal cord, getting a “motor complete” diagnosis means you’re unable to move your legs—or anything on your body, below the injury—under your own volition. Stay “motor complete” for two years and the evidence says you’ll never move those areas on your own again. But the prognosis is now a bit different for four hardworking, young(ish) men.

In a new study, researchers treated four men with spinal cord injuries with a combination of mild electrical stimulation to the spine and intense physical therapy. The men regained the ability to move their legs, knees, ankles and toes after being paralyzed for two years or more.

The study follows a 2011 announcement that the same regimen worked for one man, Rob Summers. Over time, Summers was able to stand for a few minutes without help. He could also take steps on a treadmill, with help bearing some of his body weight and keeping him balanced. The new guys’ success shows Summers was not an unusual or lucky case. Perhaps this treatment could help others in the future, although there’s a lot of development that has to happen before something like this becomes widespread. 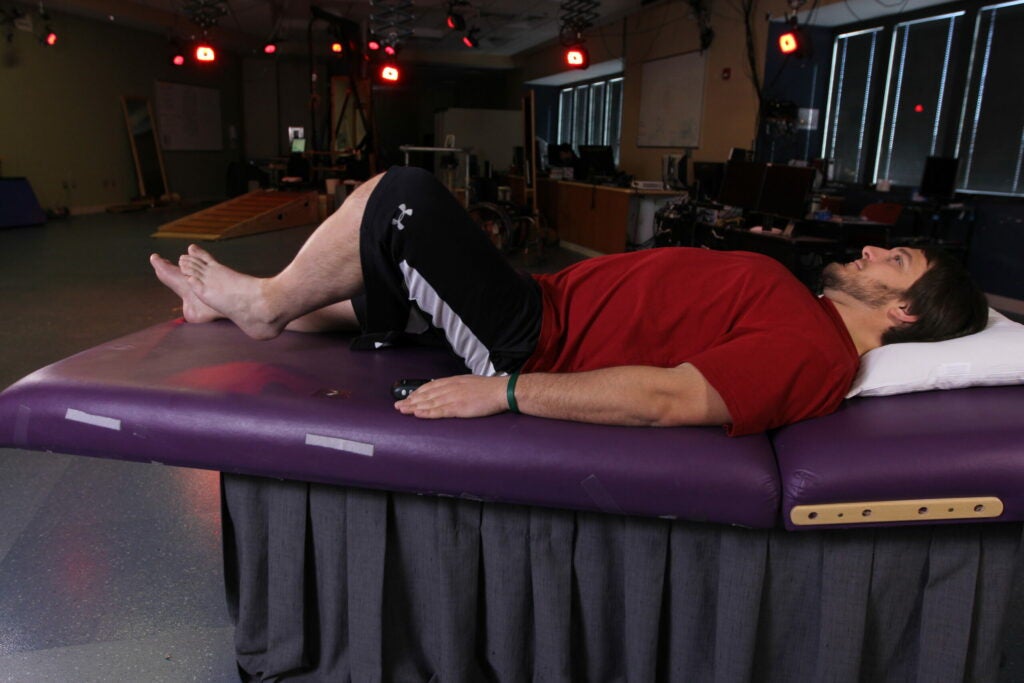 Study volunteer Kent Stephenson raises his leg on his own.

“It means there must be a significant proportion of individuals that would be classified in this category, as completely paralyzed, that can gain some improved function,” says Reggie Edgerton, a brain scientist at the University of California, Los Angeles, who worked on the study. Edgerton has researched electrical stimulation for paralysis for decades, beginning with studies in animals.

“To see it in three more patients is very, very encouraging,” says James Fawcett, a brain-repair researcher at the University of Cambridge in the U.K., who was not involved in the study. Fawcett described for Popular Science some of the reservations fellow scientists had after seeing Summers’ results in 2011: “This, we thought, could be a very special case because he was a very fit young man.” Before he was hit by a car while standing in his own driveway, Summers played baseball for Oregon State University. He was only 23 when he began experiments with Edgerton and his colleagues.

Among the three additional men who have seen results from Summers’ therapy, two had more sensory loss than Summers’. Two were a bit older than Summers when they began working with Edgerton’s team at ages 27 and 32.

For the study, all four men received an implant, containing 16 electrodes, tucked outside of the thick membranes protecting their spinal cords. The implant is something that’s already on the market for treating chronic pain, so others have had this surgery, if not for the same reason as Summers and his fellow study volunteers.

“What we know we’re doing is kind of raising the excitability or raising the awareness of the spinal cord with the stimulation,” Angeli says.

Edgerton and his colleagues think the electrical stimulation works by making nerves in the spinal cord more sensitive to receiving messages from the brain saying, “Hey, I want to move.”

“What we know we’re doing is kind of raising the excitability or raising the awareness of the spinal cord with the stimulation,” says Claudia Angeli, one of Edgerton’s colleagues and a researcher at the rehab institute at KentuckyOne Health in Louisville. Once the spinal cord gets the message, it’s able to do a lot of its own calculations to create movements such as flexing and stepping, Angeli says.

Edgerton, Angeli and their teammates are not sure exactly which pathways they’re exciting, however. “We’re looking at different pathways right now,” Angeli says. Once they figure this out, it will help them know which paralysis patients would benefit from spinal stimulation.

Other studies the team has planned for the future include developing a stimulation implant just for helping paralysis patients with movement. Team members hope to make their own implant that would be easier to control than the repurposed pain reliever they’re using now. The team is also looking at whether adding certain drugs to the regimen would make nerve cells in spine even more receptive to messages from the brain.

Fawcett would like to see other labs reproduce the team’s work. “An experimental treatment like this needs to be done in several places by several different teams before we’ve really worked out how easy and how practical this is going to be to apply this to patients in general,” he says.

Edgerton, Angeli and their colleagues published their work today in the journal Brain.