Are BPA-Free Bottles Just As Bad?

Maybe it's time to switch to a metal water bottle. 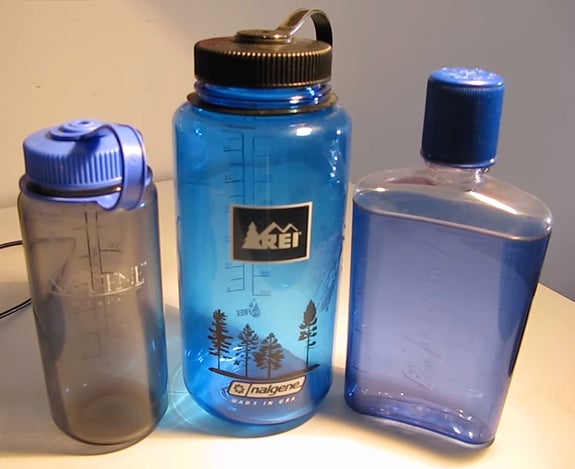 You may have heard by now that bisphenol A, a chemical commonly used to make hard plastic and which is found in many water bottles, can have harmful health effects; some evidence suggests BPA can impair brain and reproductive development at certain levels. In 2012, the FDA stopped allowing it to be used in baby bottles and sippy cups, because manufacturers had stopped using it to make these products. Since then, evidence increasingly suggests that the chemical that manufacturers have replaced it with, bisphenol S, may be just as bad.

Many manufacturers made the switch to BPS because researchers thought that less of the material would leak out from the plastic. But, as Scientific American reports:

Other studies on BPS show that it can cause hyperactivity and abnormal neuron growth in fish, and lead to heart arrhythmias in rats. One 2012 study found that BPS mimics estrogen as effectively as BPA, which is concerning; chemicals that disrupt the activity of this sex hormone can cause altered behavioral and sexual development in animals.

Obviously you’re not going to immediately drop dead if you drink water from a plastic bottle. But studies suggest that using plastic in bottles may be a cause for concern and needs to be studied further.

Correction (8/12/2014, 2:16pm ET): The original story misstated the reason why the FDA quit allowing BPA in baby bottles and sippy cups; it should have been stated that the reason for the move was because manufacturers quit putting BPA in these products, and not due to health concerns. It has been corrected, and we regret the error.