An intoxicating collaboration from a celebrity chef and an MIT mathematician 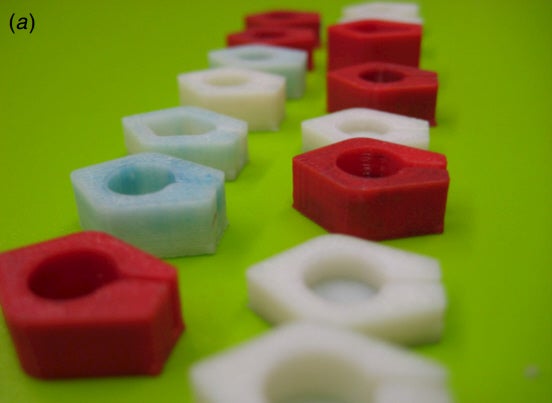 After attending a Harvard series on food and science, MIT mathematician John Bush and molecular gastronomist José Andres got together and decided to collaborate on something delicious. Well, a pair of somethings: an edible booze-filled boat that motors on the surface of a cocktail, and an artificial flower that collects a single drop of drink in its petals. The end result? Fancier fancy drinks, all thanks to science and math.

The half-inch boat starts its life as a 3-D printed mold. To create the edible vessel, Bush fills the molds with gelatin, agar, melted wax, and various candies. The body of the boat holds alcohol, while a small notch in the back dribbles the booze from the boat into the cocktail, propelling the boat forward for up to two minutes.

The inspiration for this mode of propulsion comes from water insects and the science of surface tension. Floating objects between two liquids with different surface tensions (in this case, the boat between the cocktail and the liquor) are pushed toward the higher tension fluid. Bush, who works in fluid dynamics, previously wrote about the Microvelia genus of insects. Microvelia, finding themselves on water, blast a chemical trail behind them to propel toward land.

Watch a video of the cocktail boat, as well as a lily-imitating water pipette, below: