Apple AirPods should come in sets of three

Anyone who wears earrings will understand 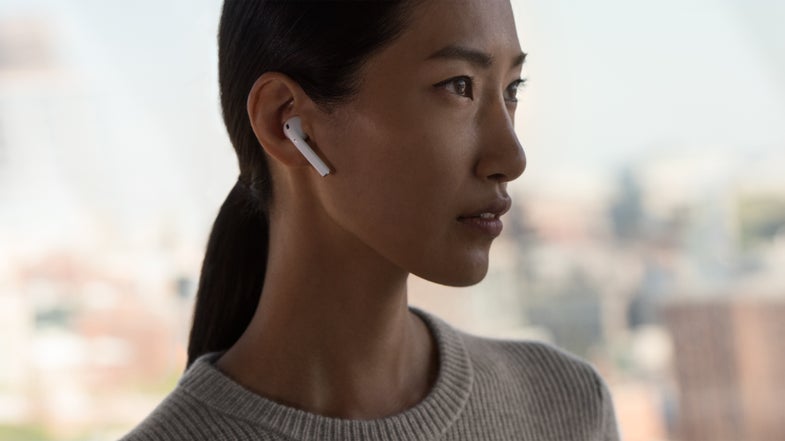 Today, the last—and somewhat controversial—piece of Apple’s iPhone 7 launch finally went on sale. The $159 AirPods are available online now and will be in stores next week. The earbuds are identical to the ubiquitous EarPods, save for one notable exception: They have no wires. Instead, the untethered earbuds connect to phones via Bluetooth.

And when we say untethered, we mean untethered. The Pods don’t even connect to one another, making the prospect of losing one seem almost inevitable. For your money, you also get a charging case and lightning-to-USB charging cable. There’s one thing we’d like to see added to that list: A warranty or insurance policy that covers a third, replacement Pod.

Anyone who’s lost an earring, and probably spent more time than he or she would care to admit retracing his or her steps trying in desperation to find the lost twin, will understand. Like the proceeding EarPods, first-person accounts about the AirPod fit are uneven; some report a comfortable, snug fit, while others complain of the Pods slipping easily out. Despite CEO Tim Cook’s assurances, we’re not convinced.

Of course, this isn’t a problem that’s specific to the AirPods. Over the last year, we’ve seen a glut of free-floating earbuds, from the Bragi Dash to Samsung’s IconX. Like the AirPods, none of these options are exactly affordable (be prepared to drop $300 on the Dash), which makes the prospect of one slipping down a subway grate or through a storm drain particularly awful.

Don’t read this contempt for the AirPods as an indictment of Bluetooth in general. The wireless standard has come a long way since it’s herky-jerky early offerings, which were plagued by limited ranges and frequent signal drop-outs. Hell, the 3.5mm headphone jack is on its way out, which is why we recommend snapping up a pair of Bluetooth cans or tethered earbuds while holiday and New Year’s sales are hot.