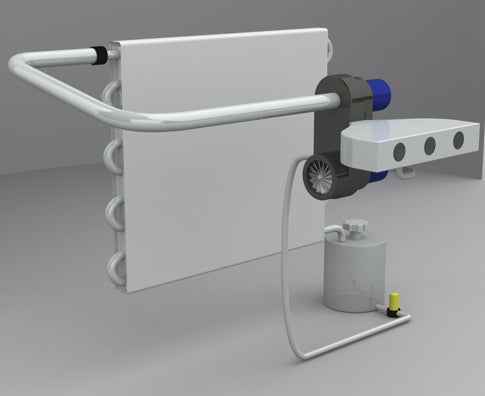 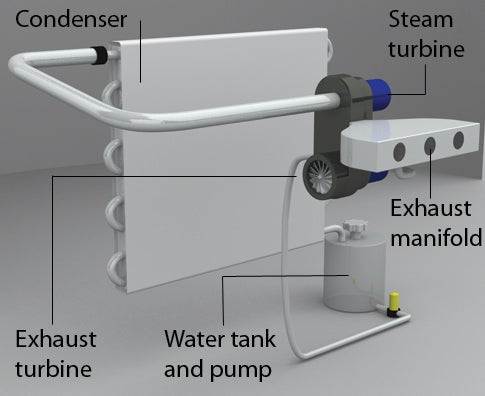 One of the first things Eric Mattessich discovered in engineering school was that the typical internal combustion engine blows about 70 percent of the energy it creates straight out of the tailpipe in the form of heat. So, he wondered, could he adapt the kind of heat-recapturing mechanisms used to make powerplants more efficient to work on hybrid cars? “The technology has been around since the 1900s,” he points out. “It’s just that no one has put it into such a small package before.”

His solution uses two turbine generators; in the first, the pressure of escaping exhaust spins the turbine to generate electricity. The second uses waste heat from the exhaust to turn water into steam; the steam powers the generator before traveling into a condenser, where it turns back into water and starts the loop again. Both turbines feed electricity back into the hybrid system’s batteries for a 20 percent reduction in greenhouse-gas emissions and a 20 percent more efficient vehicle.

WHAT’S NEXT Mattessich is working on a prototype, applying for a patent, and looking for an automaker interested in incorporating the system into new cars—although he doesn’t rule out building an aftermarket device that uses the technology. “It could be a fun project for do-it-yourself types like me,” he says.