Teaming up with Chipotle to make some college kids very happy 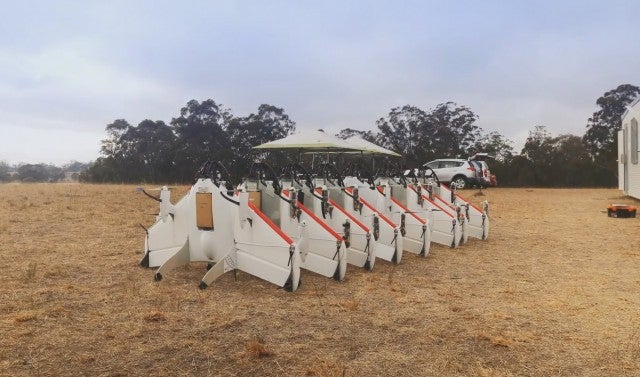 Project Wing, a subdivision of Google’s parent company Alphabet, will use self-guiding drones to deliver Chipotle food at Virginia Tech this fall. The drones are capable of both flying and hovering on pre-planned routes, avoiding hazards as they go.

Dave Vos, head of Project Wing, told Bloomberg that human pilots will be there to take over in case of emergency, as is required by the FAA. This specific experiment is novel, because “it’s the first time that we’re actually out there delivering stuff to people who want that stuff,” Vos told Bloomberg.

The drones will launch from a food truck, make the delivery, and return to the truck as a “home base.”

The Chipotle delivery test will start at the end of this month, according to Bloomberg, and only last a few weeks.

If all goes according to plan, the drones will hover and slowly lower the food to the customer below. This will test the drone’s ability to keep the order intact and warm while delivering to the customer; it will push the limits for drone delivery because of food’s relatively fragile nature.

What this experiment won’t test is an air-traffic system, which will become more urgent as Alphabet continues to utilize low-level flight to deliver products. Drone delivery is still in its early stages, but avoiding cluttered air space and drone accidents is an issue yet to be tackled in the field.

We know that Alphabet isn’t the only company testing automated drone delivery, though, as reporters recently found where Amazon is testing its drones in England. Project Wing and other companies are reportedly working with NASA to develop this air-traffic infrastructure.