And it’s testing out its new Darth Vader-style engines 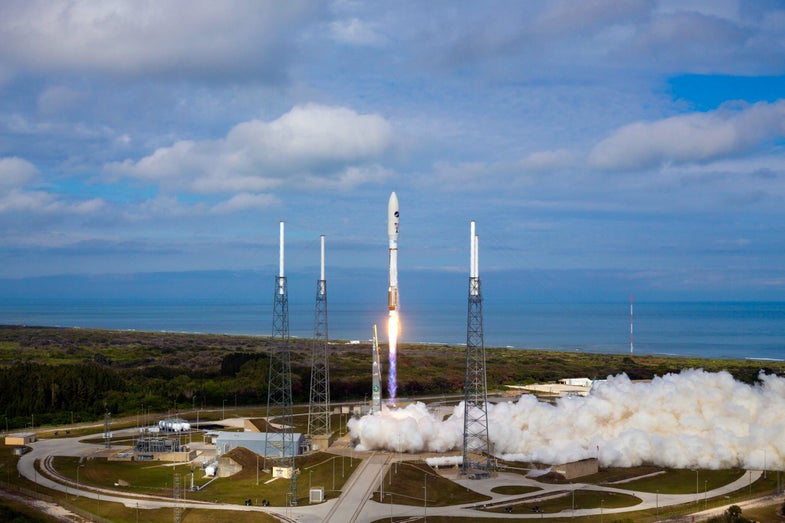 Tomorrow, the Air Force is scheduled to send its secret space plane back into orbit for undisclosed purposes. The two X-37Bs–unmanned, shuttle-like craft–have already spent over three and a half years in orbit. The Air Force, despite “air” in their name, have a mission that extends into space, which adds an extra layer of military secrecy to their tests of an actual covert space planet.

It’s primary mission remains shrouded in obscurity, but we do know a couple of secondary missions the X-37B will perform on this flight. For the first time, the X-37B will flight test its Hall thruster, which is a type of ion engine specifically for maneuvering around in space. These ultra-efficient engines are primarily used for satellite course-corrections and to propel spacecraft in deep space missions … as well as Darth Vader’s TIE fighters. (TIE stands for “twin ion engines”.)

Besides the Hall thruster, NASA has a materials test on board the X-37B. The plane will wave around 100 new materials to see how they react to the void of space. Since the X-37B will likely be in space for some time, the materials will get a reasonable amount of exposure, and then be brought back to earth safely for NASA to evaluate after the mission is over.

The X-37B last returned to Earth in October 2014. Who knows what secret knowledge it collected then, or what it will learn this time. As of now, the we only have the general thrust of it.