Start stretching your thumbs because there are lots of new video games ahead. 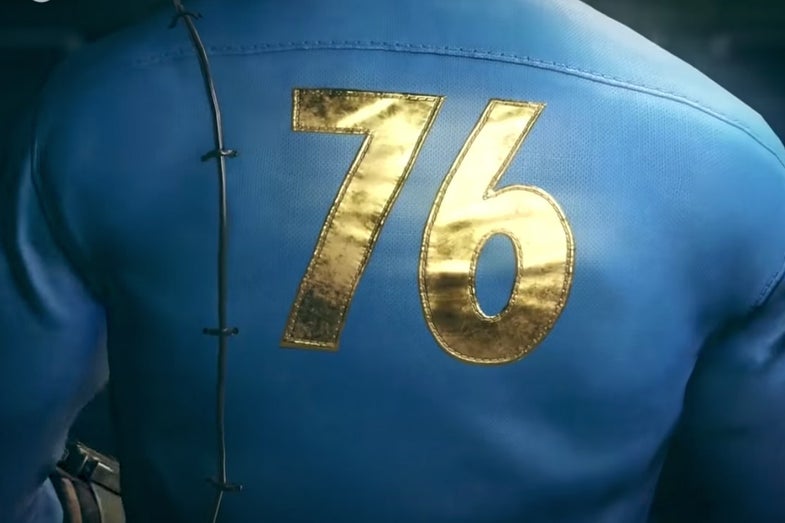 The E3 trade show is an exciting time for gamers who get to watch as most of the big publishers and game technology companies come together to show off what’s coming in the next year. It’s typically our first chance to see some blockbuster titles, as well as catch up on a few indie games that we shouldn’t let slip under the radar.

While many of the announcements cater to the hardcore gamer, you don’t have to have encyclopedic gaming knowledge to appreciate the flood of new content coming to your PCs and consoles. Here’s a running overview of the new stuff that we’ll update throughout the show with trailers and info. NOTE: Some trailers are for games rated mature and include instances of violence and bad language.

The Fallout series is a massively fun open-world trek through a post-apocalypse, and the new Fallout 76 sequel is one of the biggest game announcements of the show so far. The new title is an online role-playing game that’s meant to be played with friends. The game will hit shelves on November 14th and will inevitably include a lot of irreverent apocalypse humor and more missions and side missions than your Thanksgiving break can handle.

If you enjoy cartoony, Mad-Max style action games with wacky characters, then the original Rage title was probably right up your alley. it looks like Rage 2 will follow in that tradition with lots of vehicles, firepower, and ridiculous-looking characters that appear as if they just walked out of central casting for an audition requiring “street punks.”

It’s hard to imagine that the massive online role-playing game, Skyrim, has been around for seven years now. There isn’t much new information about the sixth installment in the Elder Scroll series, but the trend suggests the world will be even bigger than previous games. Sorry, social life.

The other big news from Bethesda (the studio behind the Elder Scrolls franchise) is a totally new RPG… set in space. It’s the first completely new frontier for the company in a quarter century. With any luck, it will be massive, immersive, and provide at least half as many memes as Skyrim.

If you have ever fantasized about running around on top of Ancient Greek buildings, then the new Assassin’s Creed title will help you live out those dreams. The game will use the same RPG-style progress with the ability to navigate around the sea by boat. Yarr.

Battlefield 1 was a massive success, and EA is trying to capitalize on its momentum with the latest in the series. The trailer has already caused some controversy in the gaming world due to the focus on female characters in the WWII-themed story. EA has already responded to the controversy in a smart way.

The Master Chief returns in #HaloInfinite. Get your first look at the legendary hero in a thrilling new Slipspace Engine demo that provides a glimpse into the future of the franchise. #XboxE3 https://t.co/vJNXPgAJZb// pic.twitter.com/G76rTX7kAY

Master Chief—the space marine from Microsoft’s massive franchise hit—has been the darling of the Xbox lineup for more than a decade, and it looks like he’s going back to his roots. Infinite only has a teaser trailer at the moment, but it looks a lot like it will be a callback to the original game. That’s’ not all too surprising after the mixed reaction Halo 5 received.

While not quite as fundamental to the Xbox brand, Gears of War is one of the company’s biggest exclusive titles and the fifth edition is in the works. In addition to the gory shooter, there’s also an adorable Gears of War mobile game coming, which depicts the typically gruff characters as Funko Pop figures.

Set in Britain, this racing game comes out on October 2 and it will only appear on Xbox One and PC. This is typically one of the titles that Microsoft uses to show off what the Xbox hardware can do and the latest installment seems to follow that pattern. It will have a 60 fps mode on the powerful Xbox One X, which should make for some impressively smooth gameplay.

This isn’t a game, but rather Microsoft’s new game studio, which will develop titles for the PC and the Xbox consoles. The studio includes several smaller indie game makers, which the company recently acquired, including Undead Labs and Playground Games, the latter of which is responsible for the Forza Horizon racing games.

This quirky action series, which involves jumping around on rooftops and dispatching of bad guys with kooky weapons, is getting a third installment in February of 2019. This sequel has been a long time in the making.

There’s not much information about this new game coming in 2019 other than that it will make plenty of callbacks to the original NES Battletoads game that was so difficult, it was responsible for at least two broken controllers in my house childhood home alone.

The Last of Us Part 2

Sony’s most high-profile new game is a follow up to one of the most emotional and dramatic games of all time. The trailer looks fantastic.

Hideo Kojima is one of the most renowned video game creators of all time, thanks in large part to the Metal Gear series. His new game looks wonderfully weird and tense from the impressive 8 minute trailer above. The hero is played by Norman Reedus from The Walking Dead, which means hype is high, even if we don’t yet have a final release date to anticipate.

It’s not all feelings and cinematics for Sony in 2018. Ghosts of Tsushima is an adventure-style game and the first gameplay example looks beautiful and fluid.

One of the most impressive-looking trailers from this year’s show takes place in the Cyberpunk 2077 universe. It’s your chance to run around a technological dystopia that looks a lot like Blade Runner.

We have known that a new Super Smash Bros. title is on its way for some time, but we finally have some details. The new game on the Switch will have every character from the franchise, including (Ice Climbers!). We cannot wait to play this.

If you’re not into smashing cherished Nintendo characters, you’ll also have the chance to pit them against each other in various adorable mini-games in the new Super Mario Party title. These aren’t exactly groundbreaking titles from Nintendo, but they fit the bill for what fans want.