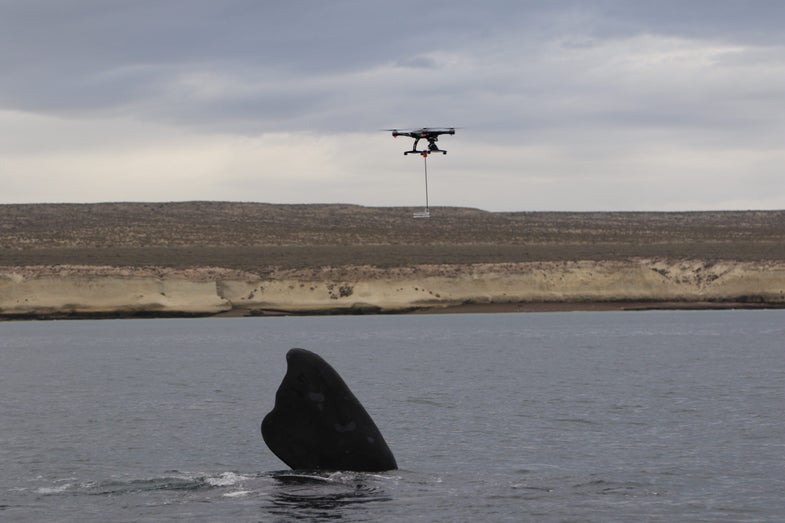 To collect whale snot, drones will replace crossbows. In an oceanic research move that seems like a quantum leap in technology, dronemaker Yuneec announced on Monday that it is collaborating with Ocean Alliance to collect health data on whales by using robots, instead of shooting the whales in the blowhole.

Once a research team spots the whales, they will fly Typhoon and Tornado drones that are carrying petri dishes into the cloud of snot exhaled by the whale blowholes. Collecting this data looks like this:

Gross, but a lot less invasive than snot research used to be. From a press release put out by Yuneec and Ocean Alliance:

Previously, students from Olin college used drones to collect whale snot and Ocean Alliance this summer held a crowdfunding campaign for new snot bots. This collaboration gives the alliance new, reliable drones for their conservation work, and it lets Yuneec show off its machines performing well in sticky situations.

Watch the snot bots fly below: