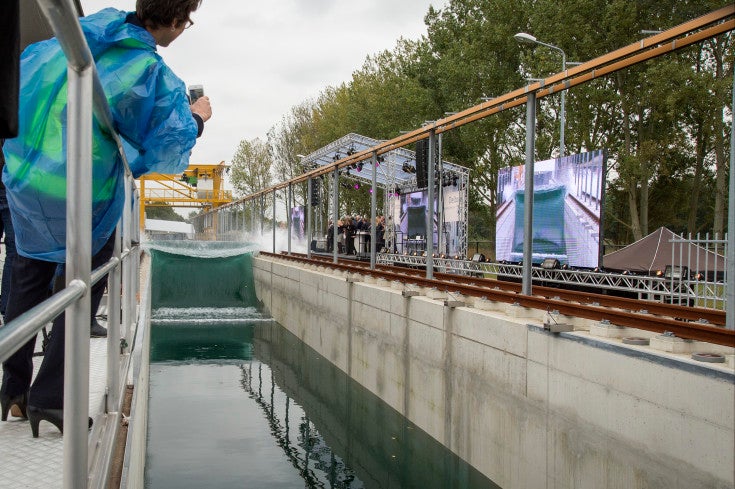 When a big storm comes, whipping up the surf into a frenzy of waves, people have to hope that all their storm preparations will hold. But what if they knew for certain whether the levee/dam/barrier halting the waves was strong enough? That’s the idea behind the Netherland’s new wave generator, the largest in the world, which officially opened yesterday.

The Delta Flume is nearly 1000 feet long, 16 feet wide, and over 30 feet deep. Water in the flume is pushed along by a 32 foot high wave-making wall that shoves it into huge waves, battering a slope at the other end of the structure. There, scientists will be able to test the durability of storm mitigating techniques including boulder barriers, sand and mud banks, and even trees.

The wall of water is both beautiful and terrifying at first, and almost looks ready to change into something else (think Star Trek: DS9 or Terminator 2)

See the resemblance? No? Moving on…

Then it all comes crashing down:

And see a detailed diagram of how the Delta Flume works here: