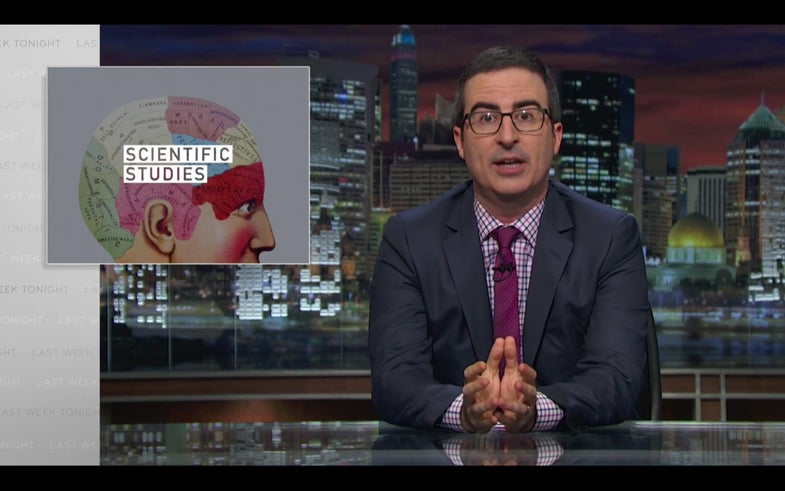 Many media outlets, including Popular Science, report on the results of scientific studies. You shouldn’t trust every scientific study you hear about on the news though, as comedian John Oliver pointed out on last night’s episode of Last Week Tonight. Oliver points out the flaws in how scientific studies are reported, especially by traditional television media, and how some studies may be presented to boost ratings rather than share science.

The key to better understanding scientific studies is context: Was the study performed on humans? How many people participated in the study? Who funded the study?

Even if a study’s results are statistically significant, the results need to be backed up by other studies from other researchers before any definitive conclusions can be made. By its nature, science is a slow process, and as Oliver points out, “There is no reward for being the second person to discover something.”

Make sure, dear reader, to ask questions and read beyond the headlines to investigate the real science behind a study. We will, too.